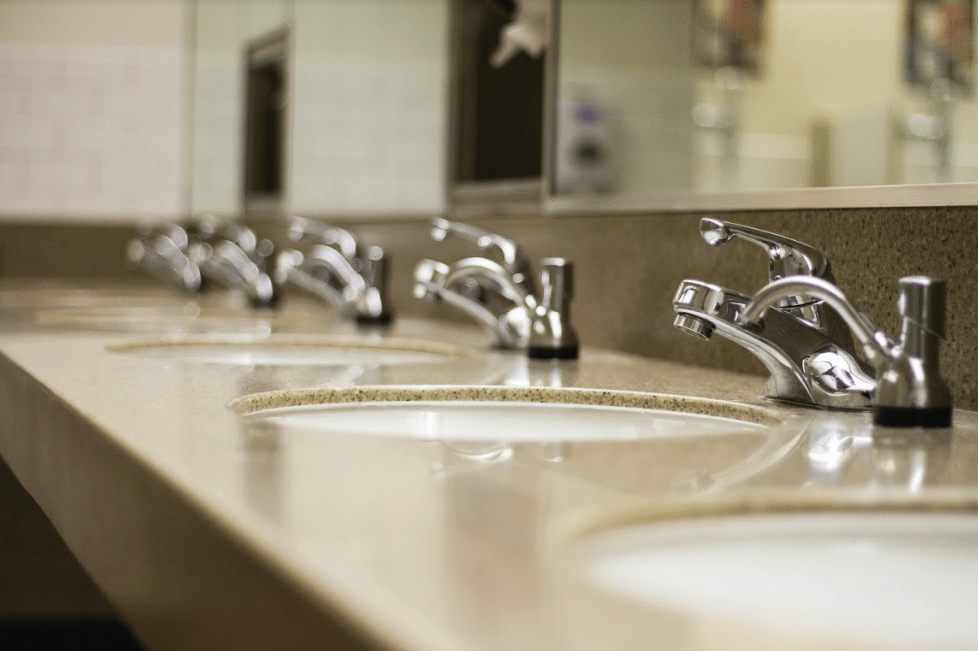 The university offers gender-neutral facilities, including restrooms and dorms. Fifteen buildings on campus have at least one gender-neutral restroom, and all of the dorms offer gender-inclusive housing.

“Anytime you are wanting to make lasting change, in a number of issues, LGBTQ specifically, you want those things written into policy,” said Perez.  “On other universities and colleges it takes a mandate, it takes something like that for change to happen. On this campus, we’ve had a different experience. Our administration, our facilities, and folks are more proactive about it, which is good.”

Gender-neutral facilities are spaces that are not gender specific, meaning that signage is not specified toward male or female. Residence Life and Housing began offering gender-neutral housing in 2016 after they received multiple requests from students.

“If you think about parents bringing their children on campus, and if they have a child who’s a different gender, they may choose to use an all-gender or gender-neutral space,” said Perez.

“If you have someone who may need the assistance of a caregiver, for example, or an aid of a different gender, it’s important to have those gender-neutral spaces as well in that situation.”

The state of Colorado requires public buildings to allow people to use the restroom that matches their gender orientation.

“In Colorado, we are fortunate to have sexual orientation, gender expression and gender identity as protected classes with our non-discrimination policies, and that extends to the universities as well. That’s at a much higher level than university policies, but the university is definitely on board,” said Perez.

According to Perez, gender-specific restrooms can be stressful for people who identify as transgender.

“(For) transgender folks in general, it can be a daily struggle accessing public accommodation facilities,” said Perez.

“It’s important to have that conversation on the table because it is known that trans folks experience certain levels of harassment.”

No reports of harassment or physical assault against transgender or gender non-conforming individuals because of bathroom use have been reported on campus, but students have been harassed over their gender identity, according to Perez.

“Some of our students have reported to me that they’ll get emails or they’ll get calls. Someone will happen to find their phone number somehow and tell them what they feel about them and their identity,” said Perez.

Sam hasn’t experienced harassment while using the restroom, but believes that is because they use the restroom while most students are in class.

“Usually when I go out, it’s during class times when everyone’s in their classrooms, so I haven’t really been confronted with that. I don’t think I’ve heard of anyone being (harassed), but you don’t know; they might not be very open about that as well,” Sam said.

Gender-neutral facilities on campus have been beneficial for Sam.

“It’s nice to use them. They’re usually nicer than the bathrooms that you usually find around campus. You don’t really have to worry about stigmatization going in, like whether you look like a guy or a girl. And you don’t feel that dysphoria as much either,” Sam said.

Gender dysphoria is a condition where one’s emotional and psychological identify is opposite to their biological sex.

According to Ralph Giese, director of Housing Operations, housing saw a need for these facilities. Gender-neutral rooms are available in all dorms on campus.

“After several years, we worked independently with any student that had a special need and help them feel safe and comfortable in housing. We were also getting lots of requests from folks, I can think, over the last couple of years,” said Giese.

“We looked at what other colleges and universities are doing and we expanded that as an offering to meet a lot of different people’s needs.”

This semester, 50 students are living in a gender-neutral dorm room. This includes 23 students in first-year housing and 27 in upper-class apartments. Students choose to room with people of a different gender for a variety of reasons.

“They would say, ‘These are my best friends and I want to live with them but we don’t have the same gender. Why can’t we live together? When, if we move off campus, across the street, you can,’” said Giese.

According to Giese, students who have applied for gender inclusive housing include siblings, friends and students whose gender identity is different than their biological sex.

To live with a student of a different gender on campus, the student only needs to request it on their application for housing. Students who don’t ask for a mix-gender placement will be given a traditional single-gender dorm or apartment.

“It’s student-driven. If the students want to live in gender-inclusive (housing), and they check that, then we honor that as well as we work as hard as we can as long as there is space available,” said Giese.

Giese believes that gender-inclusive housing is positive for students.

“Since we have been doing it, it’s been very successful, no problems, no conduct issues, no real concerns. That’s good. It’s nice to be able to offer the students the opportunity to live the way that they want to live,” said Giese.

It can be dangerous for people who identify as transgender or gender non-conforming to come out to people they don’t know.

“I do find it hard to locate them. If I need to use the bathroom, I don’t want to be searching around trying to find it. I just use the nearest facilities that I can find,” said Sam.

Students have reported that the gender-neutral restrooms in Columbine are the most difficult to find. Perez believes this is because they are located in faculty areas. These restrooms are for everyone. The university is looking to make it easier for students to locate the facilities.

“A couple of changes that our facilities folks are talking about doing is adding directional signage in Columbine Hall. That way, it’s clear to the students where they are located,” said Perez.

Sam has watched support for the transgender and gender non-conforming community grow on campus, and hopes it will continue.

“When I first got here the university wasn’t very supportive, but now they have the gender neutral bathrooms and everything. They are using better terms and terminology. So, I feel like it is getting better. It still has a little ways to go, but everyone still has ways to grow,” explained Sam.

A list of where the gender-neutral restrooms are located can be found on the LGBT Resource Center website.

“I would encourage anyone who has questions about this topic or even students who have experienced different things, positive or negative around this topic to reach out to our office. We serve as advocates for students,” said Perez.

Editor’s Note: Some names have been changed to allow some sources to remain anonymous.