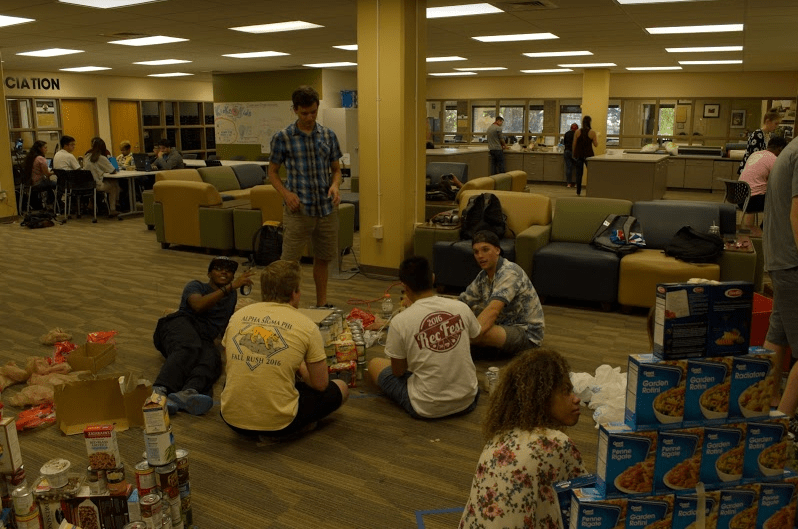 By: Audrey Jensen
In: Culture

Students registered in groups for the CANstruction contest for more than just a grand prize of a few UCCS water bottles.

On Sept. 28, four groups of students came together with donated non-perishable food items to build their own creations for Clyde’s Cupboard, which brought in over 500 food items for the department, according to civic engagement and service coordinator for OSA, Audri Gilmore.

Students were encouraged to donate to a two-week food drive for Clyde’s Cupboard prior to CANstruction, which added 20 cans to the donations they received.

Gilmore said that the Office of the Dean of Students, who took over Clyde’s Cupboard, asked for more pasta and peanut butter in order to accommodate student’s needs.

After two hours of building, students in the area voted and chose the winners of the contest. The winning group, who called themselves the Al Sigs, finished with a replica of a tank and won limited edition UCCS water bottles.

Gilmore encouraged students to look out for service opportunities provided by the school and other departments on campus. Clyde’s Cupboard is open every Wednesday and Thursday from 10 a.m. to 5 p.m.

Students can visit once per week and take up to six items,