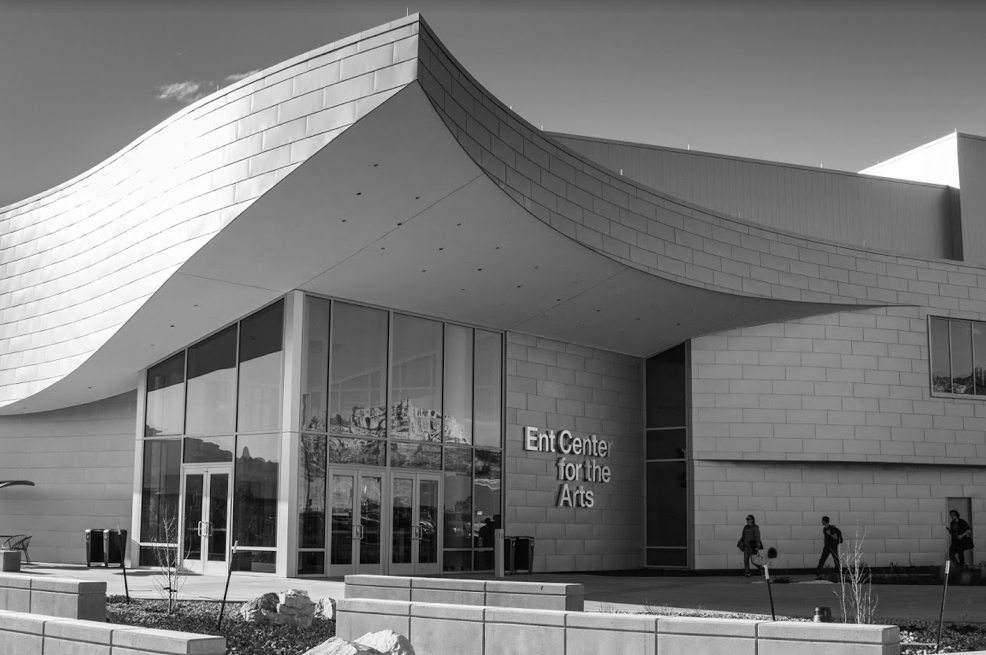 By: Olivia Langley
In: Features 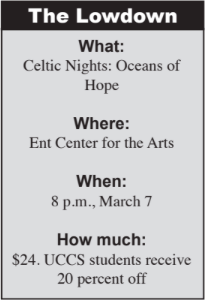 Heritage can be an important aspect of identity.

This idea is something that Celtic Nights will explore in “Celtic Nights: Oceans of Hope” aon March 7 as UCCS celebrates Irish-American Heritage Month starting this week.

Celtic Nights is a traveling performance group that tells a narrative of Irish peoples’ heritage through song, dance and music. The group will perform at the Ent Center for the Arts as part of their nationwide tour.

Rebekah Shearer, co-producer and singer, has been a Celtic Nights member since 2013. Shearer has toured with Celtic Nights many times before, both internationally and in the U.S.

“(Celtic Nights: Ocean of Hope) has been touring the United States of America since 2012,” said Shearer in an email. “This show has also been to Germany and later this year it will tour in Australia.”

According to the Celtic Nights’ website, the group tells “ the story of people moving across Oceans from all the nations to free themselves from hunger, war, persecution and famine to find a better place. This is their story told through Irish eyes.”

“Oceans of Hope” is the newest installment and variation on the Irish immigrants’ story. Past productions have included “Journey of Hope and Promise” and “The Emigrants Bridge and Spirit of Freedom.”

Shearer said that Celtic Nights helps spread awareness and pride for Irish heritage around the world.

“With so many millions of people all over the world sharing Irish ancestry and heritage, we feel Celtic Nights has a special purpose in showcasing Ireland’s rich culture of music, song and dances,” she said.

According to Shearer, a major part of Celtic Nights’ performances center around the power of music,and Celtic Nights pride themselves on their recreation of traditional Celtic music in modern day.

“The music has all been passed down through generations when no sheet music was around. People got together and shared and this is what we are doing now on this tour,” Shearer said.

Many of the performers, like Shearer, are of Celtic descent as well.

“My heritage comes from the Orkney islands where we have Viking and Irish blood. A lot of the cast have family in the (U.S),  so it’s great for them to be able to visit family that immigrated here,” said Shearer.

Ciaran Olohan is a singer and musician with Celtic Nights, and this is his second time touring the U.S. Olohan believes that it would be beneficial for students to come to see their performance.

“Many of our cast members studied and honed their craft at university level in Ireland and further afield, and we all agree and believe in the importance of being exposed to as many cultural experiences as possible when you are in the learning environment,” Olohan said in an email.

“We certainly hope to meet as many students from UCCS to share our experience of our music.”

Olohan explains that Celtic Nights’ performances are authentic and full of energy that encourages audiences to participate in the performance.

“Our show portrays a wide variety of Ireland’s music, song and dance. We expect to see people up on their feet singing and clapping along. It is really a unique experience when you come to a Celtic Nights show,” Olohan said.