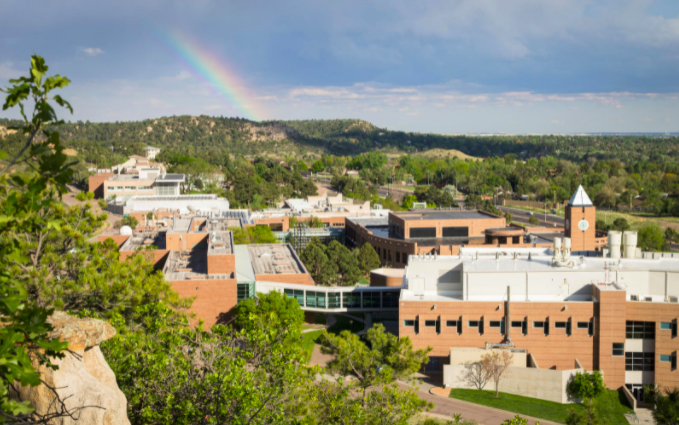 CU Board of Regents decides to sustain UCCS tuition

By: Brianna Beassie
In: News

On April 8, the Board of Regents for the CU system passed a resolution to maintain UCCS’ flat undergraduate tuition rate for the next academic year, 2021-2022.

According to Vice Chancellor Chuck Litchfield, the resolution included a 3% increase in undergrad tuition and authorized CU campuses to buy down the increase using federal relief dollars. This would result in a 0.0% effective tuition rate change for undergraduate students and would hopefully help students save money over the course of the next academic year.

Litchfield, who oversees Administration and Finance at UCCS, provided a breakdown of what the Board of Regents is, how tuition is generally determined and what UCCS has done to aid students in their academic journeys amid the pandemic.

The Board of Regents is a group of representatives who are democratically elected in the general election from all of Colorado’s congressional districts and at-large. These people are responsible for the governance of the four CU campuses. One of their responsibilities is setting tuition for each campus every year.

Other members present at the Board of Regents meeting often include the CU President, Chancellors, shared governance groups, CU Vice Presidents and campus administrators.

According to Litchfield, one of the first questions that the Board of Regents asks at the meeting is the stance of the Student Government Association (SGA) on fees and tuition rates.

Every board meeting includes an open forum where students or anyone in the community can talk about anything that concerns them, providing opportunities for engaging in these important conversations.

“Everyone is entitled to an opinion [at these meetings,]” Litchfield said.

The April 8 meeting was held virtually on a publicly available webpage, with roughly 40 to 50 people in attendance. Litchfield elaborated on the responsibilities of the regents, stating, “The Regents serve on committees that prepare reports, propose consent agenda items and introduce resolutions on finance, audit, university affairs and other topics.”

The main to-do item at the meeting was addressing how the federal Higher Education Emergency Relief Fund (HEERF) and the flat rate of tuition would help to lower student bills.

Billing transparency is something that the people in charge of UCCS’ finance departments strive for, according to Litchfield. In order to determine the estimated remaining difference for the CU system this fiscal year, the post-pandemic tuition credit (HEERF) was deducted from the system’s total revenue loss and additional spending.

An item of particular interest for the Board of Regents is what UCCS is doing to reduce the out-of-pocket cost for students. Litchfield referred to a presentation that the CU Chief Financial Officer Todd Saliman gave to the Board of Regents regarding tuition costs and fees.

One slide in the presentation showed a line graph that demonstrated a correlation between the out-of-pocket expenses for resident students if UCCS were to follow tuition inflation. The graph indicates that because UCCS has intentionally not kept up with inflation, out of pocket expenses for resident students is about 8% lower than it could have been.

In other words, students are saving money as a result of this practice, according to Litchfield. “The net effect of keeping tuition flat this year and the tuition buy-down next year is that the undergraduates’ effective tuition rate goes down,” he said.

2021-05-03
Previous Post: Top five picks for breweries this summer
Next Post: OPINION: Male educators, please stop telling your students when they can menstruate