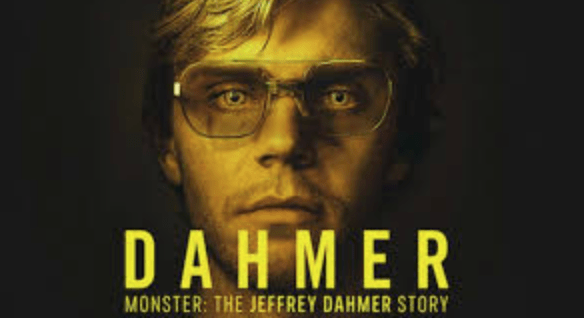 Dahmer series misses the mark, exploring the killer instead of social message

“Dahmer — Monster: The Jeffrey Dahmer Story” is difficult to digest, but it has intrigued the public to become Netflix’s #1 show in 92 countries. In the grand scheme of things, this production was a waste of time and money — the main player in the controversy surrounding the show, which was at the forefront of my thoughts while I binged.

The series did not necessarily need to be created, especially since many shows, movies and podcasts have dramatized the same true events. The whole premise of awareness can be awfully dangerous to the mental well-being of those who have lived with the consequences of Dahmer’s actions. There is no point in creating a fictional show “based on true events” without a real social purpose.

The role of Dahmer, played eerily by Evan Peters, was written to be “respectful to the victims and to the victims’ families to try to tell the story as authentically as we could,” Peters said to Netflix Queue. The audacity to adapt a dramatic, accurate retelling makes me think: How can a whole production crew and cast do this without feeling sick to their stomach?

Although producers say that the new Dahmer series is the victim’s perspective, the show is actually taunting the victims and glorifying trauma from all parties involved, including the killer who murdered, drugged, molested and ate 17 victims.

This angle seems quite problematic, and it is evident within the show that the true focus was on creating accurate scenes, although some details were tweaked for the cinema.

The show allegedly “spreads awareness” of homophobia and racism in the Milwaukee police department. I must say that anyone can research this case and get accurate information on the discrepancies of the police, and I will add that the show will make profits off genuinely dark events that have changed the lives of 17 different families. All the families were not notified that this series was being created until after it was released.

On the pure basis that filmmaking is an art, imagine that a painter paints a dramatic scene of a murder victim and puts it up for sale on eBay. It would be considered horrific and wrong, much like the show tells the disturbing reality of a Dahmer fanbase. True crime has now become a way to violently objectify things that many people have not experienced.

With a questionable premise, the actual production itself is harrowing. There are two things this show does do well: depicting what makes a killer and the systematic oppression of LGBTQ+ and racial minority crime victims from the US justice system.

The show emphasizes that Dahmer was motivated by incredulous mix of childhood trauma and deliberate decision-making rather than inherent evil, although it is slightly inaccurate on some points. Meanwhile, the police in this series are shameless jerks who do not weigh the words of a Black woman, Glenda Cleveland, over a white man with a criminal record. This is a scary reality of the United States.

The thing is, I’d prefer that these lessons are learned in a fictional context, as that is the purpose of creating films and TV series. I’d truly prefer this to be untrue, especially because the performances by Peters, Molly Ringwald (who plays Dahmer’s narcissistic mother) and Dallas Roberts (who portrays father Lionel Dahmer) were absolutely impassioned and at times hypnotizing.

Ryan Murphy, a renowned showrunner and producer in Hollywood, created a well-written show with amazing performances, only for it to step over an ethical line. Internet debate aside, Murphy and his crew are fantastic at scribing the language of cinema, but this one was something that should not have been considered or funded.

Overall, the show simply misses the mark with the audacious intentions that they were going for, but the show itself was a well-painted canvas, which in this case is a shame.

2022-10-11
Previous Post: ‘Blonde’ falls flat: Art for art’s sake
Next Post: 3 ballot propositions that should be on students’ radars