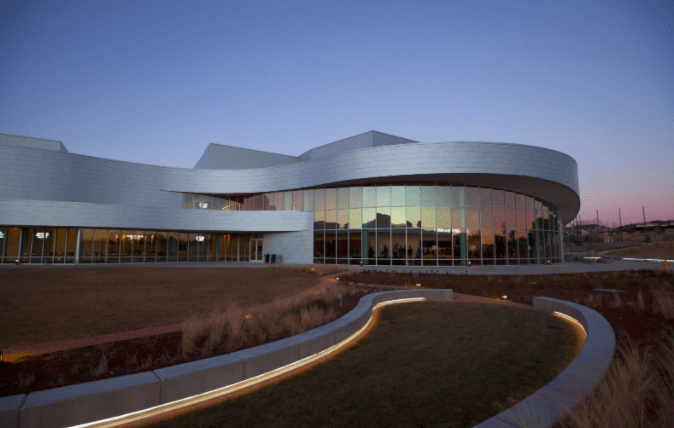 By: Shake Spear
In: The Scribble

The arts are appreciated at UCCS. The overall attitude to increase the art presence on campus resulted in the development of the Visual and Performing Arts facilities. This is why it came as a surprise when the administration made a snap decision late last week to tear down the Ent Center for the Arts building.

Director of Construction Affairs Bob LeBildur said, “When we first built the Ent Center, we expected the students to stop complaining about stuff. We built them this cool building, so we figured we were good for a while.”

However, negative student responses disappointed LeBildur and the rest of the administration. Even after the Ent Center for the Arts was constructed, students still found ways to complain. Worse yet, some students did not even notice the existence of this new multi-million dollar investment.

“What even is a ‘center for the arts’ anyway?” said Nought Anartest, a junior engineering major. “Is that like… a bank?” Once it was explained to him the building’s purpose and it former location he replied, “Oh… I went in there once, I was lost.”

The students’ complaints continued, centering mainly around parking as usual. In an interview with Auto DeLoop, the master of Parking, he commented, “It turns out that when we sell parking passes, students actually expect to have spaces to park in. Who knew?”

“We were getting a lot of complaints. People really wanted to go to the classes that they paid for, but they couldn’t manage to find a way to get to them,” said DeLoop. “We really needed to take action.”

This led the administration to start desperately searching for a place to create more spots. They considered many options, including selling less parking passes, digging an underground parking garage and letting students park on the lawn.

None of these solutions seemed feasible.

Only one decision got enough support for UCCS to take action. They made the decision to demolish the Ent Center late Thursday night so they could replace it with a parking lot.

“When it really comes down to it, we just wanted to make the students stop complaining,” said the Supervisor of Student Appeasement David Pleesem.

Inead Parken, a freshmen mathematics major, voiced his approval of the deconstruction by stating, “I need room to park, and I’ve never even been inside that building anyway.”

Most students agreed, with only a few of them admitting to knowing the building was there in the first place.

Theater, music, dance and other visual and performing arts majors gathered to protest the demolition of this important building during the actual demolition.

Ivana B. Phamous, freshmen theatre major said, “I have an audition in that building today. They can’t do this! How am I supposed to play Éponine if they blow up the theater?”

Phamous and the other art majors arranged a massive performance on the steps of the building, blocking the demolition expert from carrying out the task.

The performance was an elaborate interpretive dance. Students jumped around flapping their arms like birds and then pantomimed being shot down by students dressed like members of the administration.

The demolition crew decided to just wait for intermission and sneak the controlled explosives in. The show went on and just as the action and music of the show reached a fever pitch, the building exploded.

Dean of Demolition and Explosives Mahket Goboom said via email, “We used way more explosive than we needed. The intermission was only 10 minutes so we were feeling rushed. We decided to just put some extra in there. Just in case.”

Cranes and bulldozers were then seen converging on the building.

Four students were injured in the explosion and five more were injured by falling debris, but they were all freshmen so no one really cared.

Despite the rain of flaming artwork, shattered fake marble and scorched stainless steel, the students continued to perform.

“The show must go on!” said Julia Robert junior film major. “If every actor stopped performing every time there was an explosion mere feet behind them nothing would ever get done. Nothing will end our performances at the Ent center.”

Performances at the Ent Center have ended. Students are still complaining about parking, and the former visual and performing arts majors are now taking refuge in a campsite they set up on the west lawn.

“It’s good practice for how I’ll be living when I finish my degree,” said theater major Booedouf DeStaig.

Students affected are in the process of planning a circus under one of their tents to try to raise funding for a new building. Administration has given them 10 days to sort it out.

The administration has since expressed their regret for the decision and will be holding a meeting next month to decide whether rebuilding the Ent Center is an option. The meeting is projected to take place in the campsite of the dislocated visual and performing Arts majors, within hours before the opening night of the fundraising circus.