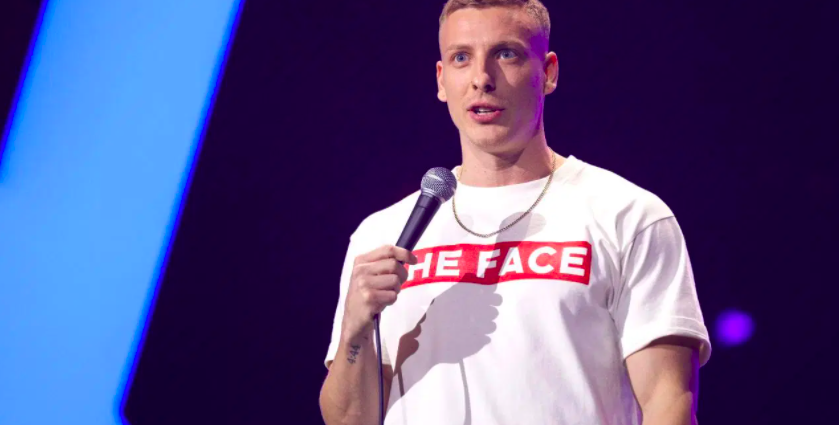 Felix Lobrecht is hilarious… if you understand German culture

There is a saying about stand-up comedy that you cannot watch it with subtitles, or it loses its comedic “punch.” This is one thing to consider before watching Felix Lobrecht’s “Hype” special on Netflix. But hey, if you know German, go for it!

I had the inclination to watch the special with a friend of mine, who could not understand German. So, her enjoyment of the special fell with her ability to read subtitles and hopefully, along with the tones in Lobrecht’s voice. Needless to say, she did not enjoy it.

When I asked my friend what made her dislike the special, she told me it was bland, although she gave credit to the fact that she does not understand the German language. I, on the other hand, enjoyed the majority of the special, at least that which I could understand. Having grown up with a father who spoke fluent German, it made it easy to understand the language from my own view.

However, another roadblock also posed some issues. If you don’t understand German history or the current culture in Germany, you pretty much lose the humor, most of which is pretty dark. So, you would also have to enjoy a couple of jokes that make light of more serious topics. For example, Germany’s current political atmosphere and most recent election held anti-immigration at the forefront. Lobrecht took advantage of many “foreigner” jokes and right vs. left antics. Someone who doesn’t follow European news and politics wouldn’t understand the jokes. I myself was quite enthused at the relatability, especially with what I have learned about Germany and their election during a European politics class I took recently.

After asking my friend her thoughts, she told me the jokes were dry when he mentioned foreigners. Having laughed, lightly, while sitting next to her blank face, I realized there is a disconnect in culture.

Many of the historical jokes were also lost on my friend. Having grown up listening to my Grandparent’s stories of growing up in Germany, I couldn’t help but relate Lobrecht’s words back to that of the stories I remember listening to.

Lobrecht’s jokes started to get a bit darker, but without taking into account the comedic timing and tones with his voice at the right times, there is no way someone could appreciate his them. Considering it is very dark humor, it takes someone willing to see past the words and notice the sarcasm in his voice. How could my friend sitting next to me hear the same jokes without hearing their proper delivery in his tone of voice while focusing on reading subtitles?

Lobrecht made jokes pertaining to Adolf Hitler in his set, at which point I saw confusion on my roommate’s face. Understandable for obvious reasons, and even I was not on the same page as Lobrecht. But, giving him the benefit of the doubt, American perspective on German culture can be cloudy, like looking through foggy glass. As an American, it is hard to see what German citizens see.

This portion of the segment was largely insensitive, from both my roommate and my own perspective, but the audience in the special all laughed uniformly. As much as I like to think I have a strong connection to German history, I could not see myself sitting in that same audience and laughing in the same way. Although, this was but one out of many jokes that fell short of the rest of the show.

In fact, within the special, the audience seemed to roar with laughter through his segment’s on Hitler and foreigners, collectively. The obvious disconnect between a couple of American college students watching a 31-year-old man spewing dark humor on German culture couldn’t be plainer.

However, I did not feel like my time was wasted. Having learned a great deal about modern German culture and being able to understand portions of the German language, I found many hilarious moments, and few dead portions.

Someone who does not have the same luxury will have a harder time enjoying the special, as can be seen through my friend’s reactions. It may be simpler to stick with comedians who speak your language and present material that you can understand. For me, it is sad to think that Lobrecht’s special will not reach the same pedestal that German speakers may hold him on.

Additionally, I have to touch on another portion of dark humor. The beginning of his special was highly focused disabled individuals and handicapped parking. At first sight, one may see this as a gross attempt to spark laughter. However, this is not entirely the case. But I imagine that by reading only subtitles, this would come off as highly insensitive.

Overall, I give this special four stars out of five. But I cannot speak for others who have difficulty reading subtitles for stand-up specials, or are not educated on German culture.