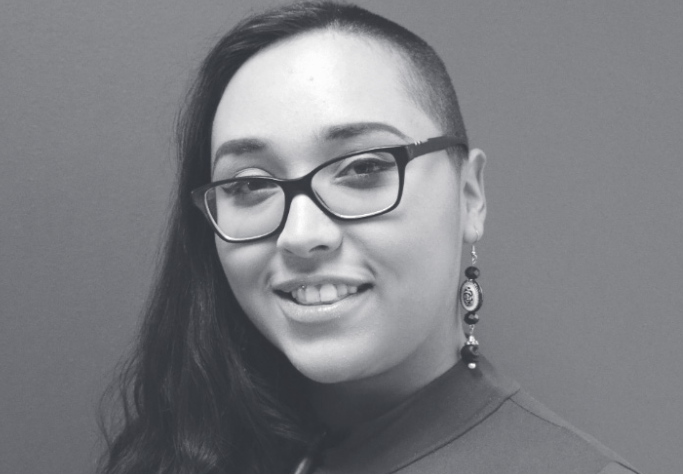 Erynn Mitchell, senior visual and performing arts major in film studies, is set to release her new film, “Lenore” in May. There will be a pre-release screening with the 90 Day Film Series, although that date is yet to be determined, according to Mitchell.

The synopsis of the feature-length mystery, as Mitchell provides, is “a missing woman’s troubled past begins to unravel as detectives try and uncover what happened to her.” Building off of her past relationships and how she had been taught to feel in them, “Lenore” is filled with meaning for Mitchell.

“It’s a fictionalized story that has elements of my old relationships that has helped me fully understand my past so I can move forward into the future,” she said. She hopes that other people with similar experiences can gain something out of the film.

Mitchell began writing “Lenore” years ago. “I became highly intrigued by the story of Joan Risch. She is a woman who went missing in 1961 under really mysterious circumstances.”

Joan Risch had been an unfulfilled housewife, according to Mitchell. Mitchell started researching missing people and disappearances, though there is no final answer to what happened to her. Mitchell, a self-proclaimed romantic, likes to believe she left her old life and started over.

“I am eternally grateful to Joan’s story because, in a lot of ways, her story became the template with which I have been able to tell and process through my own story,” Mitchell said. In her words, the film “aims to explore the complex relationship between men and women, the triangle of sexuality, fetish and power as well as a tiered narrative structure of the mystery genre.”

Mitchell will be graduating this spring and feels that the next chapter of her life will fully begin once she moves to Los Angeles, where she has wanted to fulfill her lifelong dreams.

Film school applications have gone very well, according to Mitchell, and she is keeping which film school she will be attending a secret until she has her official answer. She is in the final stages of the application to her top choice.

Mitchell owns and operates two film companies, “Lenore” being produced through Fishnets and Filmstock. She will continue producing with her companies in LA.

“I think it is vital and so empowering for an artist to have a hand in their work on the producing side, so I will be taking my film companies along with me.”

Looking back on her accomplishments, Mitchell processes through all she has done. She does not do the work for accolades or resume credits, so she finds it easy to lose track of it. “It hasn’t fully hit me,” she said.

Mitchell has never been more excited about a project as she is with “Lenore.” She claims it has helped her move on from her difficulties in college with friends and relationships, as well as create the foundation for her future in film. Mitchell is also grateful for how much she has grown. “Without this film,” she stated, “I am not sure the growth would have been so stark.”

Robert Von Dassanowsky, professor of film studies and director of the program, is Mitchell’s mentor and advisor on the project. Mitchell will talk more in-depth about the themes and sections of “Lenore” at the Colorado Springs Undergraduate Research Forum (CSURF), which will be hosted by the United States Air Force Academy on April 11, according to the UCCS website.

“My talk for that is called “Lenore: A Female Lens on Fetish in Film,” Mitchell said.

The official trailer for her film releases on March 18 on her YouTube channel, “Directed by Erynn,” or on her website, erynnmitchell.com. Erynn has already released a teaser trailer, which can be found on her website and social media.

The UCCS community can follow Mitchell on her Instagram, @_renaissancewoman, for any updates regarding screenings and releases for the film.