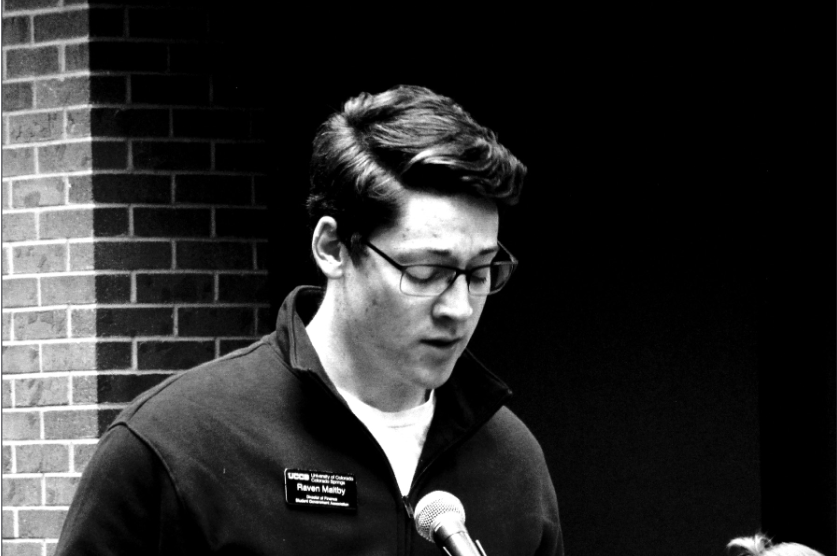 SGA did not approve Mi Gente bill on March 5

Porcadilla reminded the senators of the upcoming Mental Health Fashion Show happening on March 8 from 2-5 p.m. and the Inclusivity Pledge on March 11.

He also said that the CU regents will be on the UCCS campus on April 2-3. He urged for there to be as much SGA representation as possible.

The Badminton club requested $218.85 for feathered birdies. Their request was approved 10-0.

Delta Sigma Pi requested $1,660 for a rental house during their yearly retreat to Grand Lake, CO. 15-20 members will be going. Their request was approved with 10 votes, with one senator refusing.

The K-Pop Student Association requested $1,188.80 to travel to Englewood, CA for a K-pop concert. Four people will be going. Their request was approved 8-3.

The Women’s Student Association requested $764.75 to cover catering for their March 10 event, Womxn of Influence from 6:30-8 p.m. Their request was approved 11-0.

Senator of LAS Aiden Meadows presented SB-28 Student Life Conference Room Update, which requested $2,042.08 to cover the cost of a TV and associated fees with its installation.

According to the Program Assistant of Student Life Amandine Habben, the addition of the 65 inch Samsung Q60 TV will help “bring UC102F to the 21st century.”

\Several updates will and have already been made to the Student Life office. Last year, the furniture was reupholstered, and the office is currently undergoing a paint refresh, using the colors that are in the UC palette. Student Life also has plans to update signage, take out the computer bar, and take down posters. They are looking into more seating options, such as bean bags and egg chairs.

“There is no master plan, things are happening as needed,” Meadows said. “Many clubs and organizations use this conference room, such as the Student Life department, UC committees, SGA and Greek Life.”

The request was approved 10-0.

SB-29 NSBE Conference Fees and Jackets, authored by the club Treasurer Niea Nisbeth and sponsored by Senator of Engineering Denzil Osei Afriyie and Senator-at-Large Shoag Bakeet, requested $2,466.21 for the UCCS chapter of the National Society of Black Engineers (NSBE) to attend a national conference. The goal of the conference held on March 24-29 is to network with 20,000 other engineers and expose themselves to grad school and internship opportunities. 17 members of the club will be going.

The original bill requested $3,725.37, but the senators amended the bill after deciding to eliminate jacket costs. The request was approved 11-0.

According to the bill, by attending the 47th NACCS Conference, club members will gain more skills/knowledge to contribute to the UCCS and Colorado Springs community through the promotion of cultural diversity, inclusiveness and the skills to effectively confront structures of inequality with the new knowledge of theory and practice.

Many of the senators voiced concern over the lodging costs and advised club members to seek additional fundraising to cover some of the cost. With a 4-7 vote, the request did not pass.