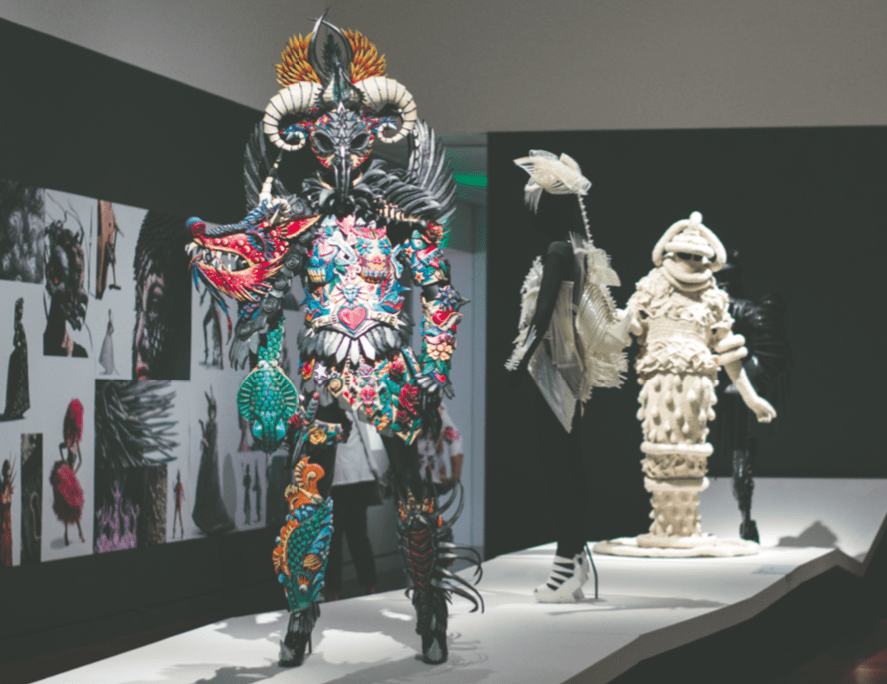 In New Zealand in 1987, WOW was created to challenge fashion designers from around the world to push the limits of artistic expression. Designers from over 40 countries submit their pieces into the collection. This exhibit has only been featured in three other U.S. cities.

Upon arriving at the exhibit, you are directed into a room with three large movie screens that play a continuous loop of a WOW fashion show. The annual WOW fashion show has been described as “part Cirque du Soleil, part Broadway play, and part avant-garde couture show” by Coveteur Magazine.

Once you move past the movie screens, you walk into a room with black and white walls covered in various quotes from great artists such as Salvador Dali. “The one thing the world will never have enough of is the outrageous” is printed across one of the walls.

The eccentric clothing on display is impossible to ignore. One dress made from wood resembles a cathedral, another made from metal appears to be an armadillo.

All the pieces challenge traditional ideals of the female form. According to the FAC website, the exhibit is described as: “demonstrating what designers from a wide variety of occupations can imagine when they are released from the constraints of ‘fashion’ and are encouraged to see the human body as a blank canvas.”

UCCS students can visit the exhibit for free if they provide their student ID. The World of WearableArt exhibit will be on display until Sept. 22.