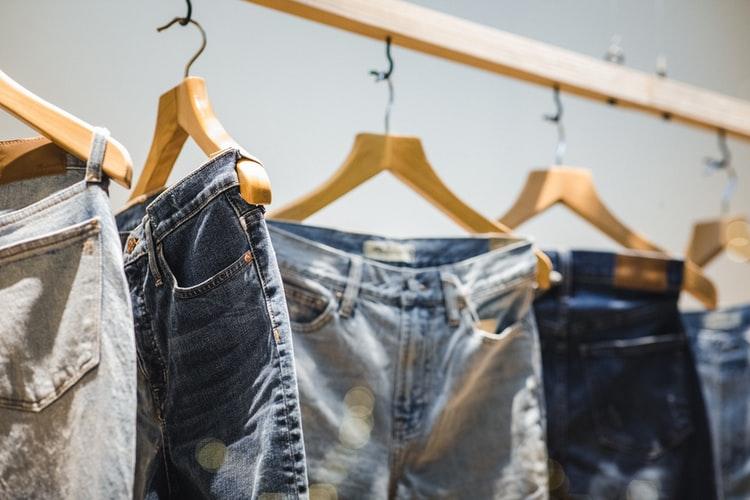 By: Caitlyn Dieckmann
In: Opinions

When it comes to clothes, Gen Z has an interesting way of expressing themselves. However, with the recent and ongoing dispute between millennials’ style and Gen Z’s, it has become clear that the power is no longer in the older generation’s hands, but instead it’s in ours.

Disclaimer warning: I am part of Gen Z, but I do consider myself a Gen Z millennial — a Zennial, if you will. And for those of you that don’t know, Zennials are a bit special, having been born too late to be claimed a millennial, but too old to feel like they fully belong to Gen Z.

With that said, let us get to the good stuff — fashion.

One thing that has remained prevalent throughout the centuries is the human obsession with clothing. Some don’t care, but most do.

A famous fashion connoisseur and professor at the Parsons School of Design is popular for calling fashion the story of youth culture, so it only makes sense that millennial is out, and Gen Z is in!

So, what’s with the crazy youngsters out there and the obsession with mixing styles? Tight asses with oversized hoodies, 2020 with 1980s, colored hair with fashion forward suits. You name it, we’re mixing it.

Looking at popular social platform TikTok, evidence of an ongoing attack on this young style by millennials has begun. The “no skinny jeans” trend on the app is what really sparked the attack on Gen Z fashion, and millennials are intent on not giving up their skinnies.

Millennial style has long walked the halls of the UCCS campus. Professors are the only ones who can truly attest to the individuals they have seen and the fashion they have donned, but one thing is for sure: They have seen their fair share of side parts and skinny jeans — the two things Gen Z is not having anymore.

We want — nay! — we need mom jeans! We need hair with basically no part unless it is in the middle. We need oversized hoodies and jackets and athletic clothes (even though we aren’t working out) and glasses too small for our eyes and accessories with no purpose and patches! We love holey jeans with patches.

We mix denim on top of denim like it’s 1989, and we are proud of it. If it’s unisex, give it now; it’s ours. That cross earring is going in only one ear, even though most of us don’t know a whole lot about God or “The Lost Boys.” It still looks good on us with our baggy clothing and bucket hats.

And then there is thrifting… Millennials love to pretend they invented the word, but Gen Z took it to a whole new level.

I am not saying millennials don’t have style. I also don’t believe the younger generation should be spewing hate on millennials’ love of skinny jeans, whether it does make them look and feel younger or not. What I am saying, however, is that they are no longer at the forefront of trendsetting.

2000-2010 must have been the height of millennial fashion with their own personal shade of pink and their obsession with dadcore — dad sneakers, dad shorts, dad sweaters — basically, anything resembling a ’90s Jerry Seinfeld.

Millennials are also responsible for leggings almost killing the denim industry, and that style trickled down into your younger feminine family members and friends of Generation Z because they are here to stay.

Although, headbands are something I will never understand, unless on top of “Gossip Girl” character Blare Waldorf’s head, but, alas, millennials hold the secret.

Finally, streetwear. This was not a Gen Z invention, and this is the one style I do despise. This one is the millennials’ fault.

Unfortunately, these once loved styles are no longer the prevalent trend on the block. Taking a look around my classrooms and fellow peers, one thing is absolute: Clothing dates you.

If I had to guess your age, I can accurately say whether you’re a spring chicken or a seasoned duck, but it’s those younger people who are spreading the new styles, and they look great.

When it comes down to it, millennial style used to rule all platforms and media all the way down to the classroom setting, and there was a time when it would spread like wildfire. The new fire that blazes on nowadays belongs to Gen Z. It’s the hard truth to swallow for the older generation, but it’s the price of the times.

My greatest advice is to continue looking great. I love both styles, millennial and Gen Z alike. This useless feud built on the foundation of skinny jeans and side parts is ridiculous. To be honest, we both like having tight asses, and we both like being comfy. That is something we can build a bridge upon and make amends.

After all, when Gen Z grows older, Gen Alpha will be right around the corner with their binkies and Baby Shark music to haunt us both with whatever fashion crisis they bring about in the next few years. What goes around comes around, but now it’s Gen Z’s turn to come around. Move aside millennials; we’ve got this.