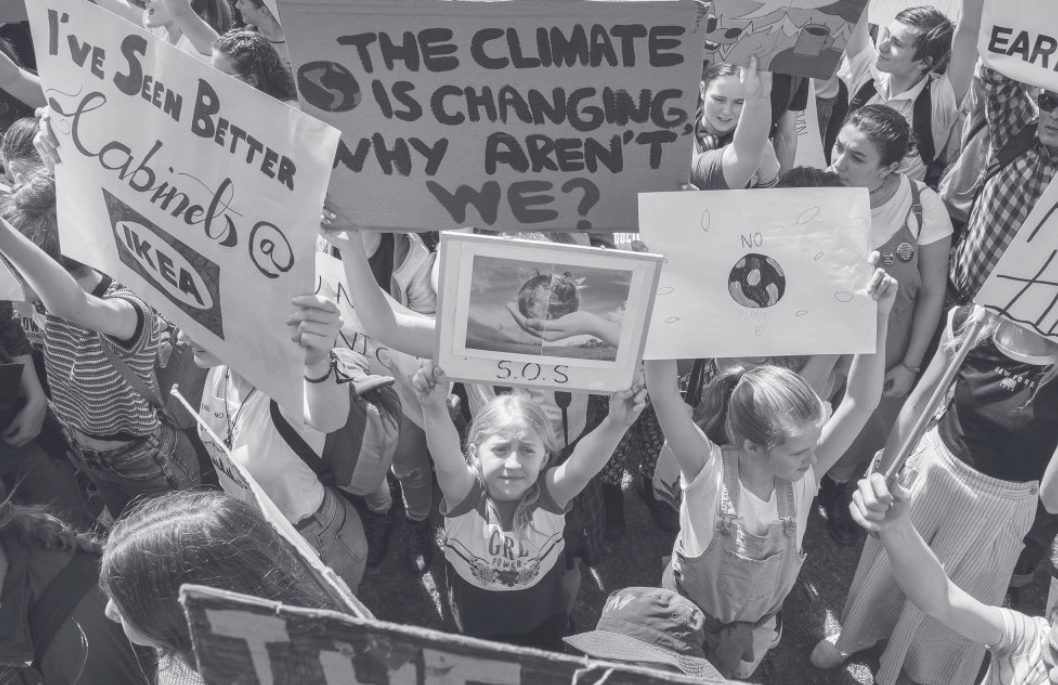 “Our house is on fire.” 16-year-old climate and environment activist Greta Thunberg proclaimed this statement at the 2019 World Economic Forum while on the topic of climate change. Thunberg is at the forefront of a movement of youth protesting climate change. Such movements were demonstrated during the Global Climate Strike, and now, millions of adults are listening and joining.

Thunberg founded the School Strike for Climate. It is an international movement of students who miss school on Fridays to participate in demonstrations to demand action to prevent further global warming and climate change. This is the beginning of our generation taking the climate change issue into our own hands and demanding that our governments begin to make urgent changes in preventative measures.

According to the Climate Strike website, “The climate crisis is an emergency but we’re not acting like it. People everywhere are at risk if we let oil, coal and gas companies continue to pour more fuel on the fire. Our hotter planet is already hurting millions of people. If we don’t act now to transition fairly and swiftly away from fossil fuels to 100 percent renewable energy access for all, the injustice of the climate crisis will only get worse. We need to act right now to stop burning fossil fuels and ensure a rapid energy revolution with equity, reparations and climate justice at its heart.”

College students especially should be involved in this initiative and should be at the fore front of encourage others to act as well. “Scientific evidence for warming of the climate system is unequivocal,” according to the Intergovernmental Panel on Climate Change.

According to the nasa.gov website, the Earth’s climate has changed throughout history. Just in the last 650,000 years there have been seven cycles of glacial advance and retreat, with the abrupt end of the last ice age about 7,000 years ago marking the beginning of the modern climate era — and of human civilization. Most of these climate changes are attributed to very small variations in Earth’s orbit that change the amount of solar energy our planet receives.

Also, according to NASA, the current warming trend is of particular significance because most of it is extremely likely (greater than 95 percent probability) to be the result of human activity since the mid-20th century and proceeding at a rate that is unprecedented over decades to millennia. Since we are to blame for the current state our Earth is in, we must be the ones to create a change in how we treat our planet and try to reverse some of the damage we’ve already done.

According to the Global Climate Strike website, in over 150 countries, people stepped up to support young climate strikers and demanded an end to the age of fossil fuels. The international protest occurred on Sept. 20 and 27, purposefully timed around the UN Youth Climate Summit (Sept. 21) and the UN Climate Action Summit (Sept. 23).

Millions of people participated in the strike in hopes of influencing politicians. The strikes were expected to be the largest climate demonstrations in world history. Such a large-scale strike was made possible through its overwhelming social media presence (#climatestrike) and worldwide interest in the cause.

2019-09-24
Previous Post: OP: UCCS has grown to surpass CU Boulder in various ways
Next Post: “The Goldfinch”: not the tear-jerker it should be