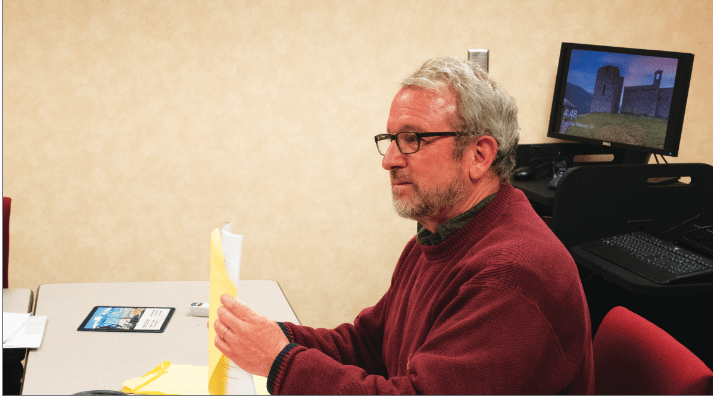 By: Alex Morgan
In: News

Paul Harvey, a history professor at UCCS since 1996, has written a biography on Howard Thurman that will be published in October.

Thurman was a black minister, theologian and environmentalist who developed many ideas of non-violence that social and political movements in America used during the 20th century.

“Thurman was a heavy influence for later historic figures like Martin Luther King along with many others,” Harvey said. “Part of my inspiration to write this biography was because Thurman tends to be overlooked as a significant historical figure.”

The lack of attention on Thurman’s was not Harvey’s only motivation to write the biography. Harvey is also interested in Thurman’s religious background.

“His thought on religion in general is very interesting because he puts together parts of the American religious past that do not often go together,” Harvey said.

“Thurman could be considered more of a mystic — he was the kind of person that believed we have direct access to God’s thoughts.”

During his time at UCCS, Harvey received the Distinguished Professor award from the Board of Regents due to his scholarly impacts. He helped edit the “Oxford Handbook of Religion and Race in America” that was released in 2018. Most relevant to his upcoming biography was his authorship of “Southern Religion and the World.”

Harvey did not intend to write a complete biographical book on Thurman. He began by writing a chapter on Thurman in the book “Southern Religion and the World.” That book focuses on race and religion in America.

“‘Southern Religion and the World’ focused on three different individuals who had an impact on America and even outside of it as well,” Harvey said. “Howard Thurman was one of those figures, and I wanted to go more in-depth with his story.”

Once work has completed and the book is finished and released, Harvey plans to begin a biographical piece about Martin Luther King.

“You really have to love what you want to write about and reach deep down so you can start writing it,” said Harvey.