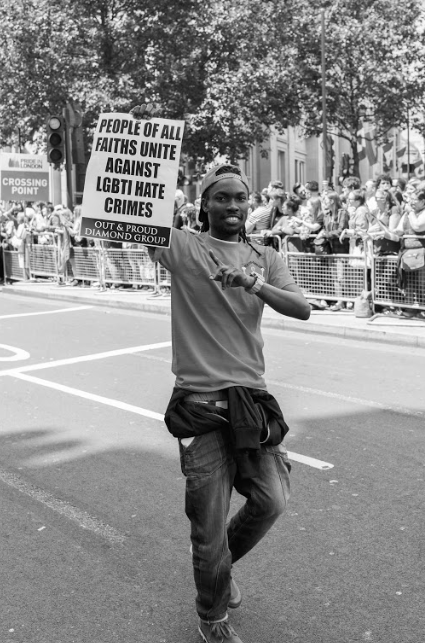 Hate crimes continue to increase in 2019

On Jan. 29 2019, openly gay actor Jussie Smollett was violently attacked in Chicago by two men who hurled homophobic and racial slurs at him A week before Smollett’s attack, a gay couple was attacked in Austin, Texas on Jan. 19. In Oct. 2018, a Pittsburgh Synagogue was targeted by a mass shooter, killing eleven people and injuring six.

Arrests were made and the suspects were charged with committing hate crimes in each case. Unfortunately, the F.B.I reports that hate crimes have continued to rise in the United States beginning in 2016 according to nytimes.com

The nytimes.com article goes onto say that, “Black people accounted for nearly half of hate crime victims last year, according to the F.B.I. report. Of those targeted based on religion, 58 percent were Jewish.” The article continues to explain that the National Association for the Advancement of Colored People (NAACP) has seen an increase in hate crimes beginning in 2015 during the presidential election according to NAACP president Derrick Johnson.

The Bureau of Justice Statistics states that approximately 250,000 hate crimes take place each year in the United States but only 2 percent are reported to the F.B.I.

The lack of reporting of hate crimes may be due to the distrust of law enforcement. “Data shows that hate crime victims often do not trust that reporting will help them.” according to nytimes.com.

This lack of reporting may also be a result of governmental inaction, both federal and state. The Department of Justice lists that some US states and territories do not have or require hate crime laws, including, American Samoa, Arkansas, Georgia, Guam, Northern Mariana Island, South Carolina, US Virgin Islands and Wyoming. Indiana.

This is why it is imperative that communities protect each other, especially given the state of our current political climate.

On an interactive map published by americasvoice.com, New Mexico, Oklahoma, Colorado, Wyoming, Idaho, Montana, South Dakota, Alaska and Hawaii are the only nine states in the United States that have remained unscathed from “documented instances where President-elect Donald Trump, his supporters, or his staff have harassed or attacked Latinos, immigrants, Muslim-American, African-Americans, and other minority and marginalized groups.”

In the aftermath of the Austin, Texas attack, a neighborhood watch was created called the Rainbow Patrol in order to protect members of the gay community in Austin. James Huddelson, member of Rainbow Patrol described the group as, “We are a peaceful, inclusive and non-violent Patrol, if we can give anyone peace of mind to walk safely to their destination without fear is a plus!” according to lgbtqnation.com.

It is hard to ignore the part that our current president, Donald Trump, plays in the increase of hate crimes. In 2017, early into Trump’s presidency, a white supremacist rally known as “Unite the Right” occurred in Charlottesville, Virginia. The rally resulted in the death of a woman who was protesting against the white supremacists. President Trump refused to specifically reprimand the white supremacists by saying that there was “hatred, bigotry and violence, on many sides” according to cnn.com.

Despite the several mass shootings that have occurred during Trump’s presidency, which include the the deadliest mass shooting in the history of the United States, Trump has done nothing to improve gun laws in the United States. Instead, he recently announced a national emergency over the Mexico border wall.

Trump’s openly xenophobic sentiments continue to negatively affect the most vulnerable communities across the United States. Now more than ever, Americans must do what is right and look out for each other.