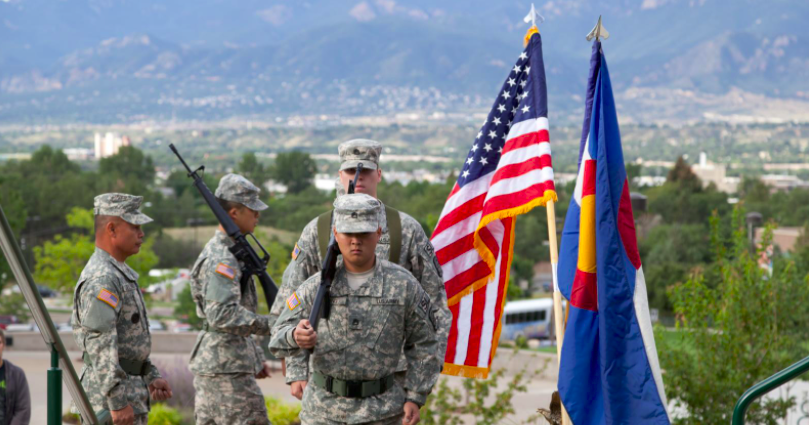 How a government shutdown could affect UCCS’ military affairs

By: Jade Ellis
In: News

Word of a government shutdown has been in the news for some time now and UCCS students and the surrounding Colorado Springs community could be affected if one took place.

A Forbes article describes the process of a shutdown: “When a government shutdown occurs, nonessential federal services stop until new funding legislation is passed and signed into law. Each federal agency has its own shutdown plan, which indicates if its activities can continue during the shutdown — and if it has to furlough its employees.”

The onset of COVID-19 has created a new environment for politicians to navigate. During the Trump administration, the government shut down for a record number of days from December 2018 to January 2019.

A government shutdown could happen again around the same time of the year as President Biden recently signed a funding bill to extend government funding through Dec. 3, according to a CNN Article.

If the government shuts down, one local concern is funding for UCCS Veteran and Military Affairs and effects on the active-duty student population.

In past shutdowns, active-duty pay was halted. Military retirees will still receive their pension pay through the Survivor’s Benefit Plan (SBP) payment, according to Military.com.

VA disability and GI pay has been protected in past shutdowns by pieces of legislation; however, the Department of Veteran Affairs (VA) has also issued warnings that if there was an extended shutdown these payments may be affected.

UCCS and the Colorado Springs community has a large population of active-duty military personnel with the Air Force Academy, Fort Carson, Peterson Space Force base and the Cheyenne Mountain Space Force Station.

Lisa Buckman, director of the Office for Veteran and Military Affairs, wrote via email about how her office would be supporting veterans and active-duty students during this time.

“The UCCS Veteran and Military Affairs office will remain open regardless of a government shutdown since we work for the University. VA benefits remain available during government shutdowns, so our office will continue to process VA Education Benefits as normal. We expect the Department of Veterans Affairs to remain open for business, as it has during prior shutdowns,” Buckman wrote.

“Should there be a delay on the VA’s end in processing benefits during a government shutdown, which often coincides with peak processing times, the UCCS Veteran and Military Affairs office will assist students who face financial hardships by connecting them with Veteran support agencies in the community who are postured to assist during times such as these,” Buckman continued.

“Students facing financial hardships due to a shutdown should reach out to our Student Success Coordinator, Derrell Stinson ([email protected]) for assistance.”

Though the government shutdown’s effects may be unpredictable, there are many different departments that can ease stress and assist with any hardship.

For more information, see the Veteran and Military Affairs website at https://military.uccs.edu/.

2021-10-21
Previous Post: ‘Halloween Kills’ is an intense sequel that doesn’t entirely satisfy
Next Post: OPINION: Clubs and organizations are the best way to make friends