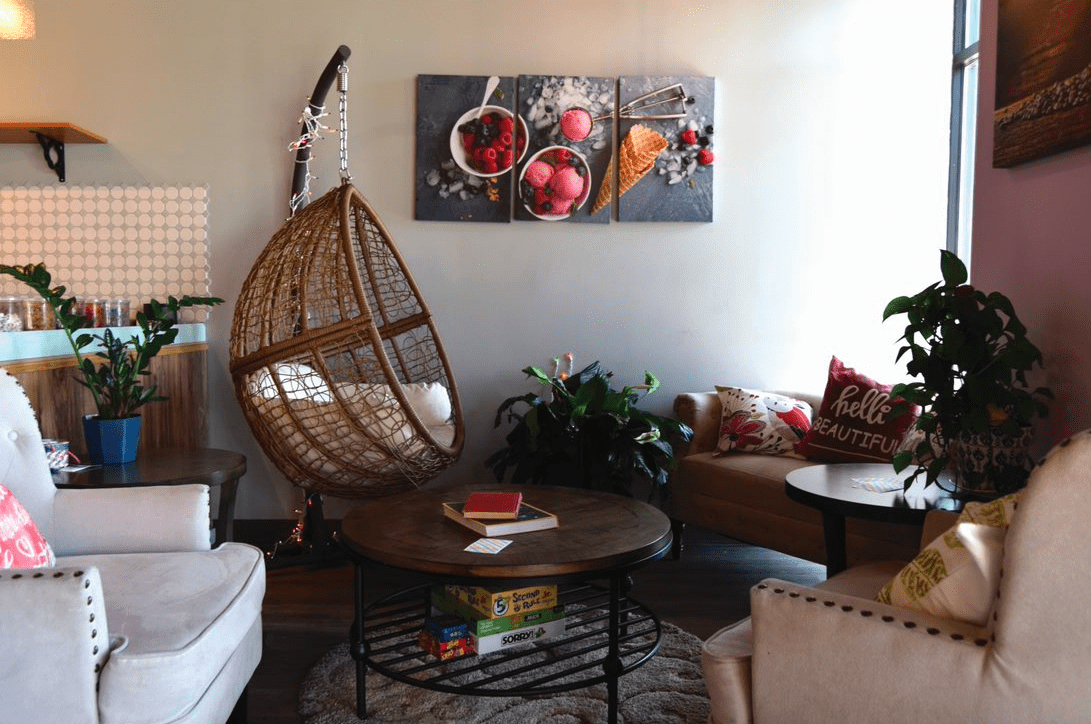 Javaloto: a charming cafe with something for everyone

By: Cambrea Hall
In: Culture, You See CS

Since moving to Colorado Springs last year, I have been in an endless pursuit of my go-to coffee shop. I believe I have finally found the one. Javalato is a new coffee shop in the Briargate area, and as the name suggests, they serve coffee and gelato. However, their menu is not so finite: they also offer a wide range of homemade breakfast, lunch and dinner items with many gluten-free and vegan options.

Javalato opened in January of this year. Since their opening, the menu has been upgraded numerous times and the shop itself has become increasingly cozier.

The first time I came into Javalato this last week was with a friend. I got an iced vanilla latte and two scoops of their Snickers gelato. Compared to a Starbucks and Dutch Bros latte, Javalato’s had a sweeter, more natural flavor. Also, as a longtime fan of Snickers, the Snickers gelato did not disappoint.

According to employee Karen Dwyer, all the gelato is made in-house. They offer a variety of flavors such as their signature gelato Javalato, birthday cake, pumpkin and raspberry cheesecake.

My second time at Javalato, I ordered another Snickers gelato (my new guilty pleasure), and this time, I tried a sweet cinnamon chai tea. The chai tea was made with real spices, not syrup, so it was immensely better than most other chai drinks I have had.

While the food and drinks are phenomenal, Javalato’s warm, inviting atmosphere attracts me more than anything else. I get a bohemian vibe from the many decorative plants, pillows and wall hangings. They even have one of those cute bohemian-style hanging chairs.

The staff was incredibly kind and helpful. With only two of them working and a steady flow of customers, they still managed to get out my orders in less than five minutes each time.

Dwyer was forthcoming with the details on the charming coffee shop and disclosed some of the business’s more imminent plans.

She informed me that the addition of bubble tea and CBD-infused beverages is new to the menu, and that the owner is hoping to add curry and kabobs soon.

On Oct. 5, Javalato will host their first open-mic event. Dwyer explained that all performers will receive a free drink or two scoops of gelato.

I give Javalato 5/5 stars. I think it would be a great place to study or hang out with friends. It is less than 10 miles away from campus, so you would not have to go too far out of your way to see why I give this café such a high rating.

Overall, Javalato’s yummy menu items and relaxed ambience have resulted in me becoming somewhat of a regular, and I will most likely return for another Snickers gelato soon.