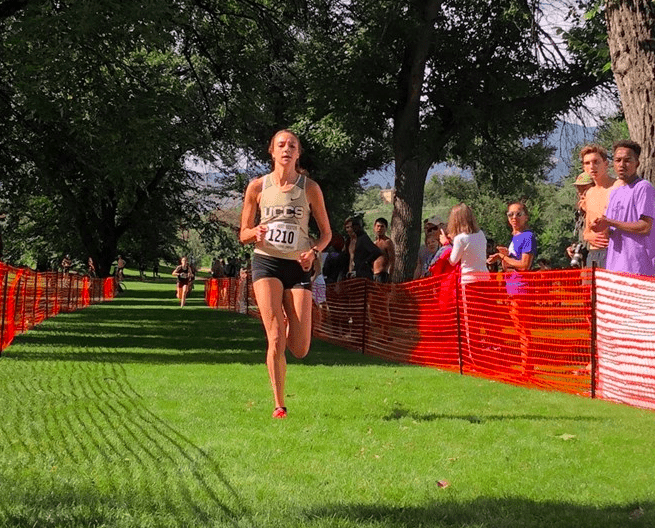 The UCCS Women’s Cross Country team kicked off the first official meet of the season with their 11th annual RustBuster Invitational at Monument Valley Park in Colorado Springs.

A new course record was set by junior Kayla Wooten at Monument Valley Park on the Sept. 1 meet. Her 5k time of 18:13.6 earned her a victory at the RustBuster.

The previous 5k record, set by Rebecca Bramley of Ft. Lewis, was 18:49.5, a time set last season and surpassed by the top six athletes in this year’s RustBuster.

Two of those six, Wooten and Hannah Ellis, are UCCS students, though Ellis ran as an unaffiliated athlete and did not claim any points for the Mountain Lions.

Other Mountain Lions claimed the seventh, ninth through 14, 16, 21 and 48 finishing spots.These finishes earned the Lady Mountain Lions a win, putting up 34 points on the board. Metro State took second place with 44 points (in cross country, like golf, the lowest score wins).

The UCCS Men’s team also won their portion of the meet, edging out Metro State by just two points.

“It went really well,” said Women’s Head Coach Corey Kubatzky. “It was a good start…It was nice to get a win at a home meet.”

Of Wooten, he said she has been doing well. “She’s got another crack at [the course record] next year,” currently being a junior.

Wooten herself expressed her satisfaction with the run via email, saying, “It was exciting to win the RustBuster!”

“I had a really good summer of training, running more miles than I’ve ever ran,” she added in the same email, “so being able to go into the race knowing my level of fitness was so fun”

“I was not going for the course record,” wrote Wooten, “so that was a surprise to me when I got that record.”

That surprise also earned her the title of U.S. Track and Field and Cross Country Coaches Association D-2 Women’s Cross Country National Athlete of the Week, an honor that was made official the Tuesday following the RustBuster. It also is the product of a 50-second improvement from last year’s Rust Buster, where she placed second.

From a coach’s perspective, Kubatzky said he is satisfied with where the team stands, but more is yet to come. “For us,” he said, “the big meet will be at Griak, three weeks from now.”

“I am feeling very confident going into the rest of the season,” Wooten said via email, “and I can’t wait for the team to show what we can do at Roy Griak.”

The Mountain Lions’ next meet is the Roy Griak Invite, hosted on Sept. 9 in Minneapolis, where several of the Top 25 teams in the country are expected to compete. Conference competitors of UCCS at the conference include: Adams State, Colorado School of Mines, and Western State.