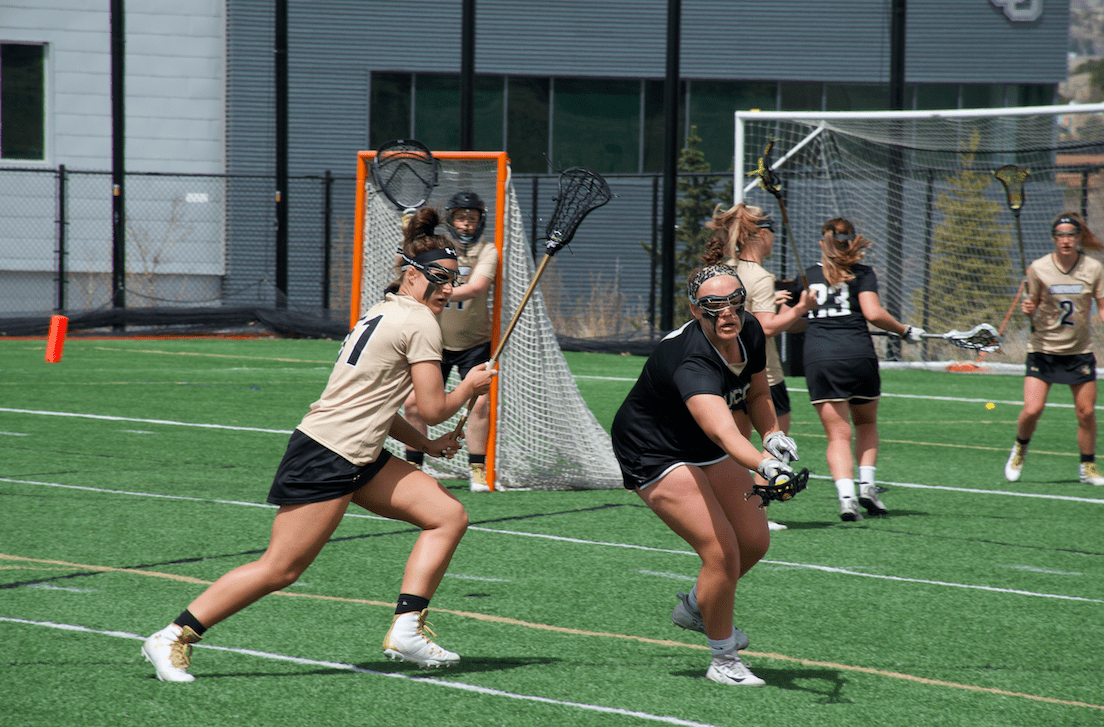 The regular home season ended on a low note for the lacrosse women as the team suffered its eighth loss of the season on senior night, being outscored 18-15 by Lindenwood University (LU).

The April 20 game wraps up the Mountain Lions’ home season, with only one game left before the start of the Rocky Mountain Athletic Conference (RMAC) championship tournament. It also marks the final career home game for seniors Ellie O’Brien and Stephanie Warhoe, both defenders.

UCCS struck first and early, within the first 20 seconds of the game, with a goal by Freshman midfielder Angela Naughton, but it was not long before Lindenwood struck back. Two goals by LU’s Paige Sutton. Her goals were matched by UCCS sophomore attacker Kiera Lowe, and UCCS took a 3-2 lead nine minutes in.

The scoring stayed mostly neck-and-neck for the remainder of the first half, with LU maintaining a slight advantage, going into the break with a score of 9-7.

The second half began with UCCS coming out hot and scoring five goals early from sophomores Audrey Napp, Sydney Malcolm and Natalie Church. That put UCCS ahead 12-9 within the second half’s first five minutes, but the lead was proven to be short-lived.

UCCS tried to fight back with six more goals by Church and Malcolm but the team could not keep pace with LU’s scorers. The 33 shots by LU yielded 18 goals, and the 24 UCCS shots produced 15.

Only a single penalty was given throughout the entire game, and that with only 1:22 left to play — a yellow card to LU’s Morgan Reader. This is a sharp contrast to previous lacrosse games, which have sometimes featured yellow cards in the double digits.

As April 20 was also senior night for the Mountain Lions, O’Brien and Warhoe were honored at center field after the game in front of a crowd of 38 spectators.

After the game UCCS sat at No. 5 in the RMAC as they geared up to play Rockhurst University in Kansas City. The Mountain Lions will have to beat Rockhurst if they are to rise to No. 4 in the conference and be guaranteed a spot in the NCAA championships, which are set to begin on May 10.

2019-04-30
Previous Post: ‘Avengers: Endgame’ is half service to the fans, half actual movie
Next Post: UCCS alumni, White starts for the Spurs’ in run to the NBA Playoffs