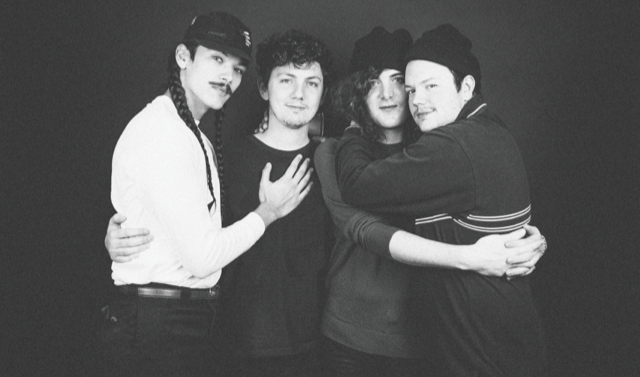 It’s always hard to find a local music scene to fit into or be embraced by with open arms, but it’s even harder to create one from thin air in a music scene that doesn’t have enough Hip-Hop – that’s exactly what Samir, rapper from The Reminders, did in Colorado Springs in the summer of 98.

The Colorado Springs Hip Hop/R&B duo The Reminders moved to Colorado in 1998 from New York and Belgium, with a plan to make music. Growing up with music in both their family households, Aja and Samir hit the ground running.

“Back then, the Springs was smaller, but at the time Aja and I were friends and running around the same circle, and both being artists we just started collaborating and making music together,” says Samir.

The small scale of the Springs did not discourage this duo from making music and living their dream. “At first it (Colorado Springs music scene) wasn’t that big, but along with my buddies we just started putting together our own shows, and basically created a scene that grew overtime,.” says Samir.

When Samir made his first move to Colorado Springs, the music scene was a lot smaller, so he and his friends started doing some work to cultivate a scene of their own.

The Underground, a DIY music venue located in downtown Colorado Springs, was one of Samir’s first places to perform as an artist that’s still relevant in the Colorado Springs music scene today.

Over the years,  The Reminders made two albums, Recollected in 2008 and Born Champions in 2012, which were both recorded in the Springs at Apollo Sound Recordings.

Their music have gotten them many opportunities to open for up rappers that come through Colorado like Nas, Snoop Dogg Big Boi, and Most Def. They have also toured around the world.

Samir, now married for 14 years and the father of three three kids, The Reminders played their first big supporting show with rapper Nas and Brother Ali at Red Rocks last July and have an album release show at the Gold Room in Colorado Springs on Saturday Jan. 26, 2019.

Being full-time parents and musicians, The Reminders have a one-of-a-kind family

Taking the last 7 years to reflect on their career, The Reminders will plan to hit things off again after their new album release.

“We’ve been through a lot of touring, a lot of growing and a lot of recording as well. Our song writing has grown, our musicianship has grown. We just have been developing ourselves as artists.”

Opening for Rapper Nas and Brother Ali, The Reminders have been taking the excitement they had at Red Rocks last summer so they can one day be there again.

“As a family, we’ve all been to these shows at Red Rocks, and it was the first time being on the stage performing and having an audience there. So I think that same feeling of a big accomplishment they were feeling that same exact way.” Samir concludes, “Definitely plan on being back on that stage soon.”