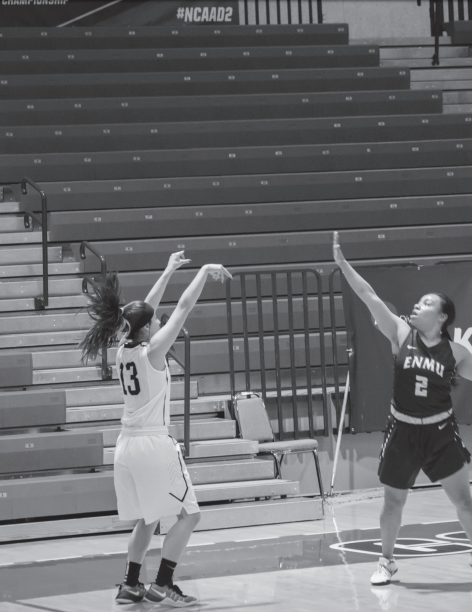 Low student attendance at games needs to improve, we need to support our athletes

By: Gabbie Matl
In: Editorial

Tailgating, painting your face with friends, trash-talking the rivals and cheering on your school’s team to victory with hundreds of other students in a packed gym can be one of the best college experiences.

But that doesn’t seem to be the case at our school.

Despite the fact that many of our athletic programs compete at a high level in Division II and sometimes at the national level, our teams still don’t have much support from students at their games.

All of these spaces are rarely, if ever, filled. Our new programs aren’t getting the support they deserve either; only 304 people (out of the 1,200 bleachers) attended the first women’s lacrosse home game, while 437 out of the 2,500 seats were filled at the opening baseball game.

As the sports editor at The Scribe, I have attended many games and matches for our athletics programs here at UCCS and talked to many athletes.

A number of athletes have said that one of their favorite parts of a game is when they have a crowd to cheer them on.

After all the hours they put in every week, the least we can do is acknowledge their hard work and dedication. You don’t have to pay for entry into any of the games because it’s already included in your tuition. By not going, you’re wasting money.

For the most part, student attendance at these events is abysmal. The most dependable crowds are the pep band and the families of players.

We watch March Madness, the World Series and the FIFA World Cup on TV, but don’t transfer this interest over to our own teams.

This is especially true for women’s sports. Even though they compete at the same, or even higher level in their respective sports, women’s games don’t get the same amount of interest that men’s games do.

Our women’s basketball team recently made it to the second round of the NCAA Division II Tournament after winning their first RMAC Championship in program history.

They hosted the first round of the RMAC series here at home against Metro State University, one of their top rivals. The Office of Student Activities even tried to organize a tailgater before the game in Clyde’s.

But only 341 people (of the 1,250 seats) attended the game, and not even half of those people were students.

A bus was supposed to travel to the women’s championship game at CSU Pueblo, but the trip was cancelled due to a lack of interest.

Again, the majority of these crowds were people from the community and not the student body. This should not be the case.

The fact that the games are fun to watch isn’t the only reason you should go.

You don’t have to know about sports to enjoy the other benefits of being at games. Free food and coupons from sponsors, as well as free school apparel, is also given out.

So take a friend and go to a game; it’s time we show up and support our athletes.