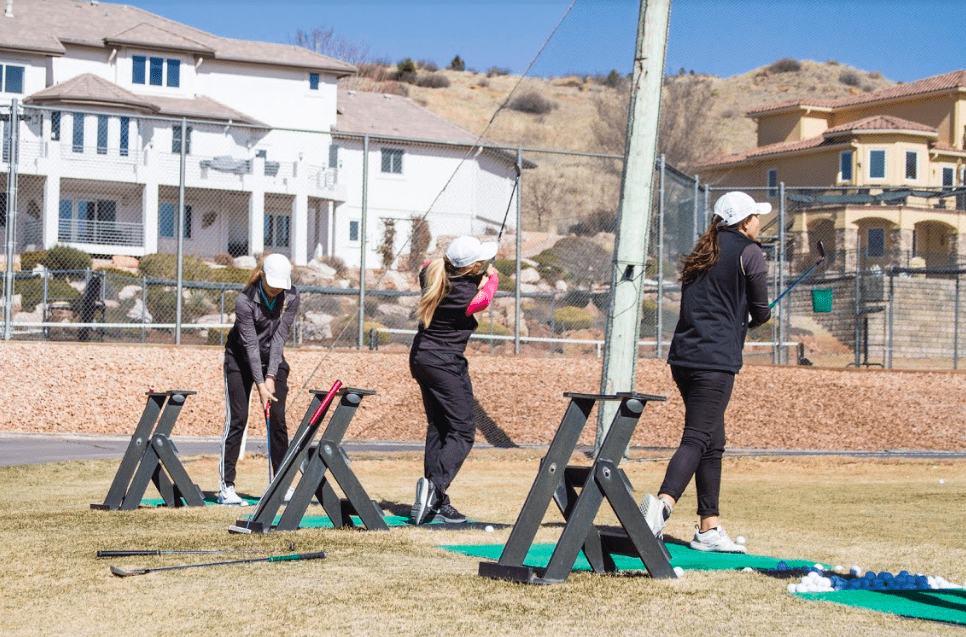 The men’s and women’s golf teams are meeting the RMAC Championships with perseverance.

“Whatever the demands of the course may be for the week, we plan and practice accordingly. We focus on one tournament at a time,” said Sadie Farnsworth, head coach of the women’s golf team.

Since their season break between October and March, the men’s team have finished in the top five teams at their tournaments, while the women came in second place at the CSU Pueblo Invitational.

With the RMAC Championships April 22 – 24, both teams have been preparing both mentally and physically for the tasks at hand. The championship will be held in Chandler, Arizona.

In an email, Phil Trujillo, head coach of the men’s golf team, said that the team’s goal is to go into every tournament as prepared as they can be.

“The guys do a great job on focusing on their games and what they need to do to be ready,” Trujillo said.

While the men have performed better in the second half of their season, Trujillo still thinks there’s room for growth.

“We now have had three different guys win a tournament this season, but we still haven’t figured out the four and five spots. We have to get at least one more guy to chip in,” he said.

Two upperclassmen are on the men’s golf team this year: senior biology major Colin Prator and junior exercise science major Jack Duguid. Prater has served as a leader for the team, while Duguid performs well under pressure, according to Trujillo.

For the women’s team, the second half of the season has allowed them to focus on their mental game, along with their relationships with the coaches and one another, according to player Alex Darwin.

“As one of the upperclassmen on the team, I definitely feel like I need to be a leader and do my best to set a good example for the younger girls on the team,” said Darwin, a senior accounting major.

“Everyone on the team is committed to playing their best golf, so I never have to think about anything other than going out and playing my best for my teammates. I’m really grateful for them.”

“We keep working;  it doesn’t change,” Trujillo said. “Our practices are structured to ensure all areas of (the players’) games are ready.”

“Every week is a short turnaround in NCAA golf,” said Farnsworth. “You get home from one tournament and three days later, you’re getting ready to leave for the next one. We use the time we have between tournaments to stay consistent with our swings and, most importantly, keep a positive mental mindset.”

For more information on men and women’s golf, head to gomountainlions.com.