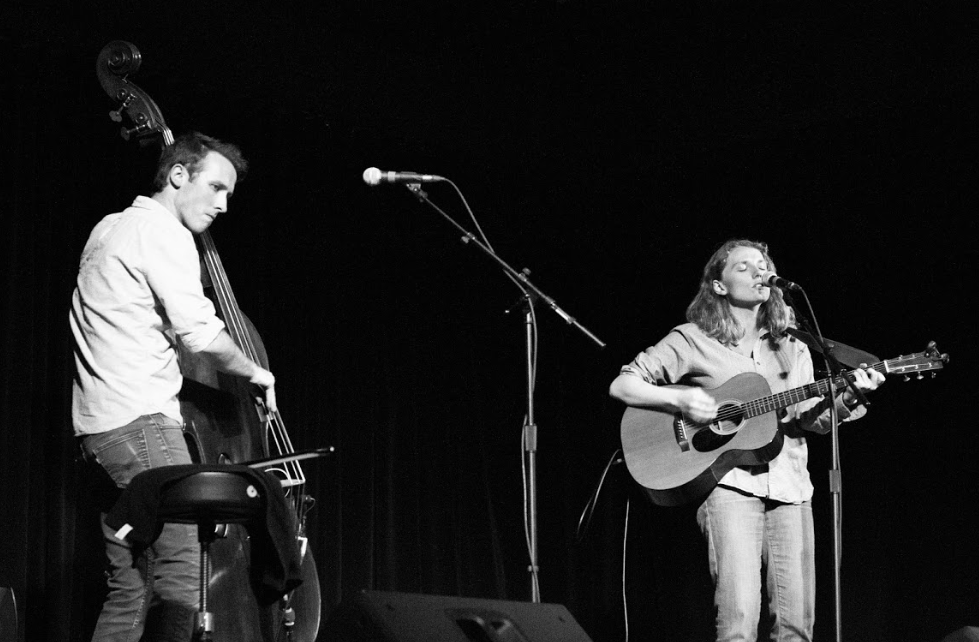 The genre of modern folk has a funny way of attracting young singer songwriters onto stage – an open podium, an unoccupied microphone and, at times, an attentive audience.

No need to bite their tongues when angered with society or watch for those infamous trigger warnings – because these folk artists hide their political lyrics through poetry.

Although projects like Uncle Tupelo, Wilco and of course Bob Dylan have crafted this scene and should be praised for it, today it feels as if the artists are pandering to their fans and complaining about hard times.

On Nov 18, Milwaukee locals indie folk duo, Dead Horses, performed their last show of the tour at Ivywild School: an old elementary school where the hallway is a café, the basement is a brewery and the gymnasium is a concert hall.

The duo, Sara Vos and Daniel Wolff, playing acoustic guitar and upright bass kept their politics to a minimum at the elementary school venue Sunday evening.

Dead Horses’ hour-long set was material from their newest album “My Mother the Moon” put out in 2018.

An album about the hardship that Vos’ family went through when expelled from a church her father was a longtime pastor at.

The haunting melodies that Wolff pulled from Vos’s simplistic campfire chord structures was the best part of the performance – making his upright bass an element that a second guitarist wouldn’t be able to fill.

“Swinger in the Trees” and their title track off the Dead Horses new album “My Mother the Moon” were the two songs that made steady stream of chatter in the crowd die down.

“Swinger” is a singular finger picked guitar section that stays true to folk Americana roots, while “My Mother” is a song with structure that is dynamic and graceful.

Listening to the Dead Horses perform, there’s no element that goes unfilled.

At times the show felt like you were sitting right next to them on a porch staring at rural Wisconsin country.

Which is not necessarily a bad feeling considering this is where they grew up, and not many projects try to replicate this, but when that’s the only feeling that is evoked it starts to get tiresome.

Vos lacks a heavier strum on most her songs, although it did leave enough room sonically for Wolff to venture up and down his bass, making the Dead Horses feel like they are performing at a town picnic then on Sunday evening in downtown Colorado Springs.

If you’re into folk music, give Dead Horses latest album a listen.

2018-12-04
Previous Post: Jack Quinn’s Irish Pub and its various whiskeys
Next Post: “Sabrina” is soon to take over as the witch series of the decade