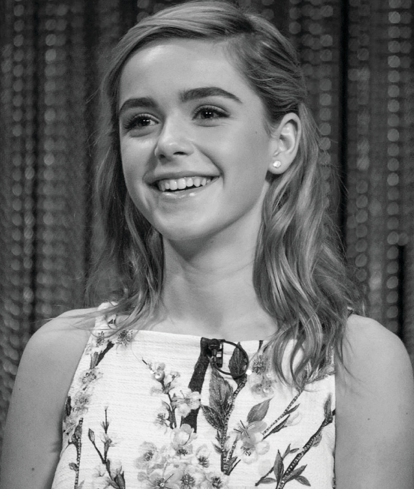 With acclaimed films and television series like “American Horror Story: Coven,” “Hocus Pocus” and “Harry Potter” giving witchcraft a tall throne amongst popular genres, you may think that another show surrounding young, glamorous witches would just be excessive and unnecessary.

The 2018 Netflix series from the same creators of “Riverdale”, “The Chilling Adventures of Sabrina”, completely topples the idea of what it is to be a teenage witch drama, putting on the table yet another fantastic way to tell stories about the unordinary  and the ordinary.

Set in an unspecified contemporary time period, “Sabrina” centers around the titular character, Sabrina Spellman, and her struggle between her mixed witch-human heritage. On her 16th birthday, she has to decide whether to live as a witch in her satanic cult or to live as a human with her non-magic friends and boyfriend.

The benefits of both lives are appealing to her: a life of magic and power, which her family and church want; or a life of satisfaction for herself, where’s she happy in her “normal” teenage life.

Led by young “Mad Men” star Kiernan Shipka, the cast is both bewitchingly magnetic and gloomy, and gives chilling dialogue delivery on top of that. Shipka’s leap to starhood may have begun in the 2007 drama, but this series is sure to secure her as a leading actress of this generation.

The show does lack some charm that its 1996 predecessor had, such as the sassy remarks by Salem, Sabrina’s familiar in the form of a black cat. Instead, Salem is a unique, hardcore prowler that rarely actually speaks, always ready to protect Sabrina from the nastiest villains.

Unlike other series, the show makes sure to keep unrealism and plot holes at bay. “Sabrina” does well in mixing deep-rooted mythology as found in “Harry Potter” with the sexy attitudes of the witches in “Coven,” giving us young witches and warlocks who sound like they actually study Latin.

The stakes are even higher than both of those series. While viewers have nothing to fear about a dead witch in “Coven” when revival is always an option, the Sabrina-verse makes us fear what will actually happen to witches – and people – who step on the wrong toes and end up six feet under, or deeper. Each episode will make you fear more for the characters you grow to love.

We all know that Harry was the chosen one in the Wizarding World, but we have to wonder on which path Sabrina will take advantage of her chosen-one abilities. The show masterfully reinvents this idea of the “chosen one.”

While Sabrina does her best to solve every one of the show’s problems, she often ends up biting off more than she can chew. You eventually gets used to Sabrina just barely resolving conflict, so it’s painful to watch as she inevitably encounters unbeatable obstacles, sometimes for the worst.

The show’s close relative, “Riverdale,” which is set in the same fictional realm as “Sabrina,” is popular among young viewers, particularly for its attractive cast and sexually-charged themes. You may think at first glance that “Sabrina” is just that, a flat, dramatic sex-romp for teenagers, just with witches. It’s not.

If you’re looking for something ever-so-slightly tinted with sex and heavily dressed with magic and rebellion, “The Chilling Adventures of Sabrina” is the perfect choice. Developer Robert Aguirre-Sacasa outdoes himself with this unexpected dark twist on teen-drama, introducing a world where the youth take on Satan himself as a foe, allowing for much deeper conflict than teen-on-teen drama.

Even though Halloween has already passed, stay spooky with this wonder of a series. Find the first season of ten episodes exclusively on Netflix.