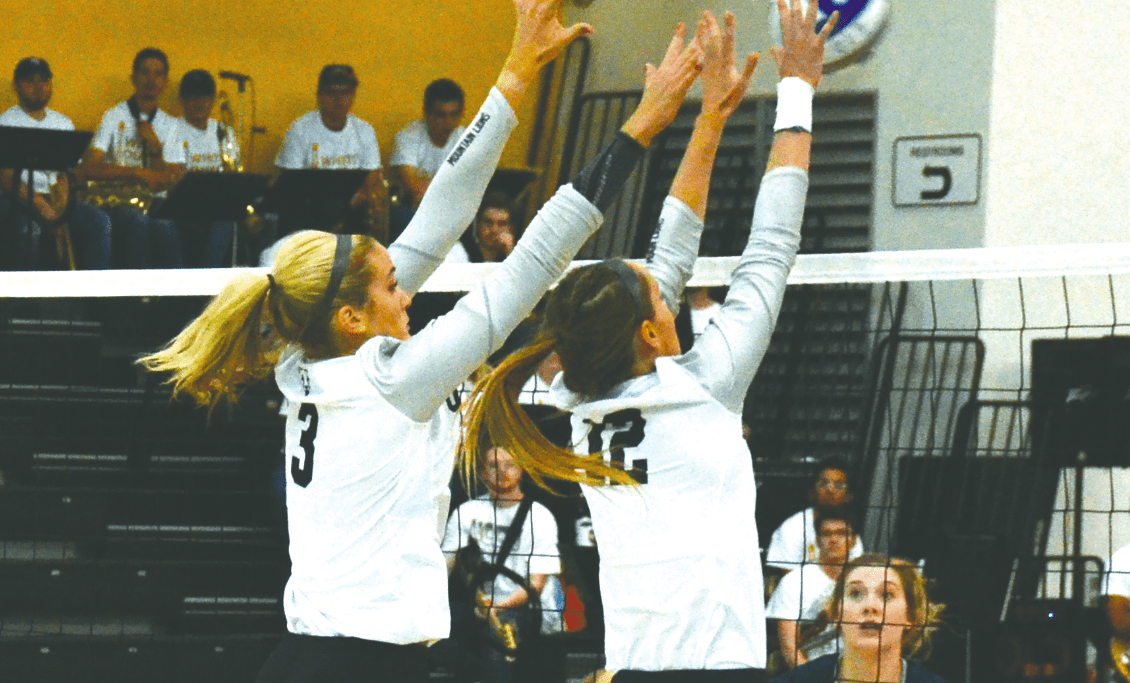 The UCCS volleyball team went 1-1 the past weekend at home against MSU Denver and Chadron State.

On Friday, the Mountain Lions won the first set 25-16 before losing the next three sets to the RMAC 2nd-ranked Roadrunners. In the first set, volleyball forced MSU Denver to seven errors. In the second set, the Roadrunners gained momentum behind a .500 hitting percentage with zero errors.

On Saturday, the Mountain Lions finished their back-to-back weekend beating out RMAC-ranked 9th Chadron State in five sets. This was a huge win for volleyball to move their ranking as 8th in the RMAC.

Chadron took the first set, but volleyball was able to win the 2nd, 3rd and 5th sets behind a strong overall team performance. Leading the way for volleyball’s offense was Lauryn Shockley, who had a game-high 21 kills. Setter Raelynn Edge contributed with a match high 47 assists. On the back line, volleyball was able to defend Chadron’s .255 hitting percentage lead by libero Jordyn Kinsey with a game-high 28 digs. Volleyball additionally had the advantage with aces served; volleyball had six to Chadron’s three.

The match was close throughout the first four sets, with a pivotal call late in the fourth set. When Chadron took a 19-14 lead, an attack error against volleyball was in question. For a long break, the refs confided three different times with a representative from each team able to be updated by the head official. Ultimately, the point remained with Chadron and Chadron won the 4th set.

In the fifth set, there were six early lead changes and ties, but volleyball was able to secure the win behind a strong offensive set to win the overall match.

The win over Chadron was critical among the RMAC rankings. The top eight teams make the conference tournament, and volleyball currently sits in the 8th seed. Last year, volleyball made the RMAC tournament and is looking to make it again this season.