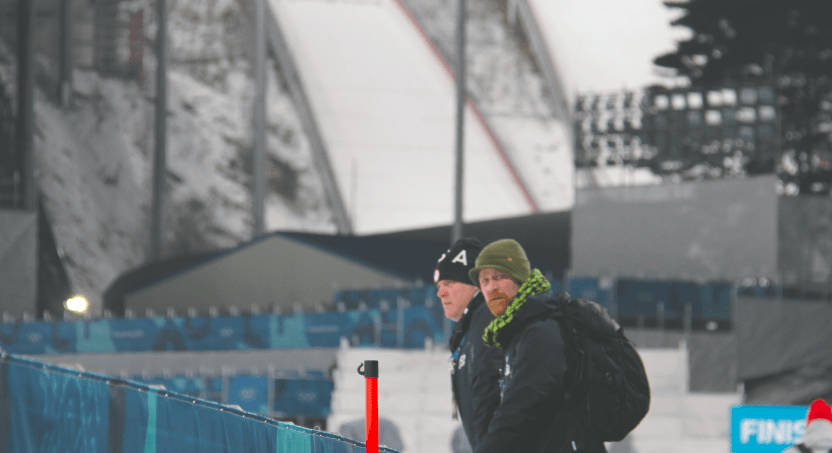 Known as Olympic City, USA, Colorado Springs has had more than its fair share of Olympic athletes cruise through since the Olympic Training Center moved to town in the 1970s.

UCCS has also been a haven of its own for a few Olympic athletes, including Mirai Nagasu, a figure skater and 2018 Olympic medalist.

The international business major, who trains at the U.S. Olympic Training Center and Broadmoor World Arena, drew national attention thanks to her performance during the 2018 Winter Olympics in PyeongChang, South Korea.

In PyeongChang, Nagasu became the first American female skater to land a triple axel at the Olympic games, a move that involves three and a half rotations in the air and is notorious for its difficulty. According to ESPN, only seven other women have ever completed a triple axel in major competitions worldwide.

Nagasu said via email that this has been her favorite moment in her Olympic career.

Nagasu said that as a child her dad wanted her to be the female version of Tiger Woods because of his love for golf. A rainy day in Southern California when she was five years old paved the way for her to become an Olympic figure skater.

“It rained one day in SoCal and my mom decided to take me to the ice rink since it’s in a covered building. The rest is history. My dad says that fateful day is the day his dreams for me were shattered.”

An important lesson that Nagasu says she has learned from being an Olympic athlete is that falling is inevitable. “It’s the people who get up and keep going who become something.”

Nagasu has come a long way, returning to the Olympic Games last year after an eight-year absence. She earned a bronze medal in PyeongChang in the team event as part of Team USA.

Nagasu said that being both a student and a full-time athlete can be overwhelming at times since there is so much to get done.

“Deadlines and exams happen regardless of what’s going on outside of your studies, but when the semester is over and I’m one step closer to getting a degree, I feel good about surviving the entire experience, whether it was a struggle or not.”

Nagasu recently had surgery in September to repair a torn labrum, a piece of tissue attached to the shoulder that helps keep the joint in place. During her recovery, she has been interning at KABC7, a local TV news station in Los Angeles.

“Everyone who becomes a ‘successful athlete’ has an amazing backstory and getting to listen to them fascinates me, which is why I’m trying my best to learn as much as I can about journalism even though my degree is in business,” said Nagasu.

Nagasu’s next performance will be on “Stars on Ice,” a touring figure skating show produced by IMG, in April and May. During this time, Nagasu will still continue interning with KABC7 as well as taking online courses at UCCS.

“It’s going to be an interesting and stressful process,” she said, “but I find that I feel the most rewarded and happy when I’m under a healthy amount of pressure to accomplish several goals simultaneously.”

2019-04-16
Previous Post: Softball seniors stand out among the crowd
Next Post: OP: Colorado Springs’ weather identity is dissonant with its reality