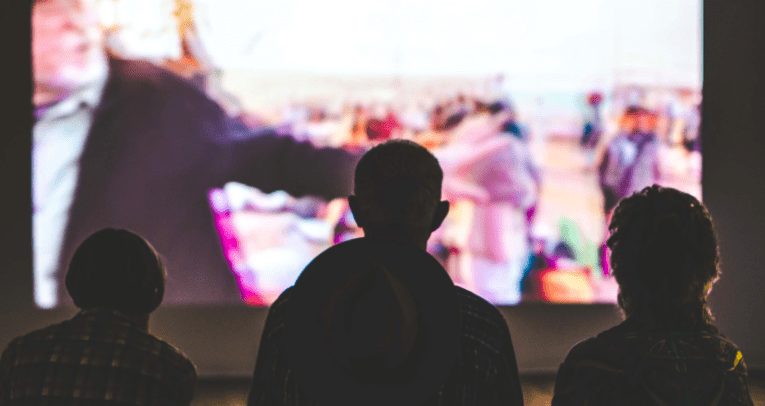 There is a risk with every art piece produced and shared with the public. The risk comes between the creator’s perception of their creation and the audience’s perception and reaction to it. And, in this exchange, there are several small nuances that are sometimes missed or overlooked.

Let’s be honest: people are influenced by art. “The Lord of the Rings” influenced me as a kid to have more courage because I wanted to be like the characters I fell in love with. Today, kids are being influenced by the Marvel Cinematic Universe as they try to be like their favorite heroes.

But art can also have a negative influence on a person. Art can help persuade people to be the opposite of courageous. When a person acts on their reactions to art, who is to blame?

Is it the artist who put that piece out there in the first place? Does the person not have autonomy over their actions? Does the artist have responsibility for what they present to the world?

This is an age-old debate. Violent video games, including “Doom,” were blamed for the Columbine school shooting. The perpetrators played it, so the media asked the question: was it the game that led them to commit the horrible atrocity? There has never been a definite answer on if video games bear any responsibility.

But violent responses to art are not the only response.

Peter Benchly, the author of “Jaws” — which was eventually adapted to the screen by Steven Spielberg — said that he wished he had never written the book due to some of the negative responses toward its content. The bestselling story ended up being a double-edged sword for Benchly when people began to hunt great white sharks. The story presented the creature as a vengeful beast, and people believed it.

The Woods Hole Oceanographic Institute claims the story legitimized the hunting of sharks; humans kill between 50 and 100 million sharks per year, but sharks only kill a handful of humans.

Benchly became a shark conservationist later to make up for what he believed he did. He never intended to hurt sharks with his novel. In my opinion, he wrote an entertaining novel about a fictional monster. The people who took his fiction as reality are responsible for their actions — not him. But if he, as an artist, feels responsible, then that is his prerogative, and I respect him for admitting that he was not perfect.

This is a case where the artist was the one who claimed fault. So, in this case let’s trust the artists’ choice.

“Birth of a Nation” (1916) was a propaganda film for the KKK. People joined the racist organization due to the film. The intention was clear from the beginning; it began in the writer’s room. I know this example is low-hanging fruit, but we must look at the extreme situations before we can talk about more normal ones.

Anti-war movies like “Apocalypse Now” or “Platoon” ended up leading to an increase in military enrollment. Despite intending to encourage people not to want to go to war by showing its brutality, these movies encourage the exact opposite of the artists’ intent. It is done so well that people become interested in experiencing it.

Intention is important, but people engaging with art don’t always think about intention. People interpretate art to be what they want; they twist the intention of the artist to fit their own agenda and ideology. Bad interpretations are not the fault of the artist.

“American History X” is a movie that follows a neo-Nazi after he commits a horrific hate crime and his step in the right direction as he fights off his previous prejudices. The movie shows the evils of racism and how a person is impacted by it. Yet, neo-Nazis have used the film to propagandize their horrible behavior.

It is obvious that they are too ignorant to understand the film. And in this case, it has nothing to do with the artist — they couldn’t do anything to stop the bad takes. Interestingly enough, the director, Tony Kaye, disowned this film.

So, what does this all mean? The artist can be responsible for causing damage with their art. The audience also plays a part in how they interpret it, because they can be misinformed and fail horribly in their understanding of what they are consuming.

But this shouldn’t stop artists from exploring all topics. Nothing should be off limits for artists to explore, though they should handle tough subjects with care, knowing that not everyone will understand their perspective.

As a writer, I think it is my duty to go to the darkest places and happiest places. Hopefully, we can attempt to create art that influences people to become better than they are: to find courage and be kind. I won’t hold my breath. And I will not stop myself.

2021-08-30
Previous Post: 2021 Mercury in Libra is amazing for these signs
Next Post: How to manage anxiety this semester