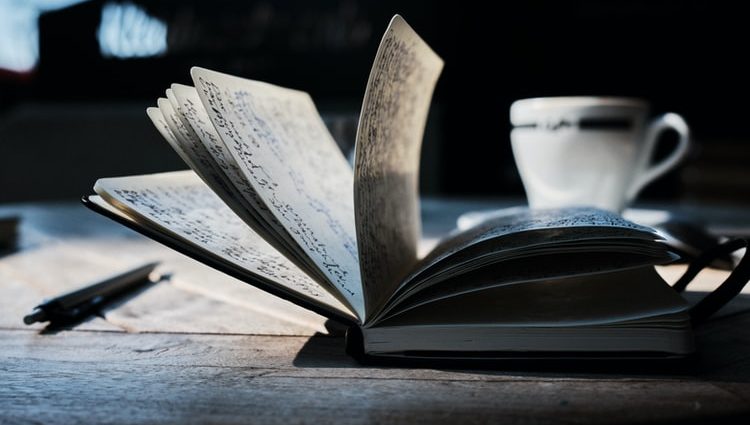 OPINION: How writers save lives

Writers attempt to find truth in a complicated world, truth that digs deep and ponders the questions deep in our humanity. Both fiction and nonfiction writers attempt this, and both forms of writing are equally hard.

Yet, at the end of the day, this work has saved countless lives. There is no real data to prove this because there have been no large-scale scientific studies looking into the reasons of why writing might save lives.

I will not pretend to say that we can prove this scientifically. That is not my argument. All you must do is observe others and yourself. Then you can really see why art in general has saved lives.

Where do people go when life get tough? Where do people go to purge their emotions to escape from real life? They go to stories, art, books and movies/TV shows that make them feel as if they are a part of something bigger than themselves — or something else entirely.

People buy self-help nonfiction when they feel like their life no longer has meaning, in the hopes that they will find that meaning in writing.

We have all been placed in tough situations and forced ourselves to escape.

A couple of years ago, I lived in Austin, Texas. I moved away from home (Colorado Springs) because I needed to escape it. I fell into a dark place as the move failed to turn into the ideal reality I had built so thoroughly in my mind. After my car broke down, I took the bus as I commuted to two jobs every day. And every day I read during this commute.

When the pandemic hit last year, I fell into another dark place. I was not the only one, as it was a tough year for everyone. Unfortunately, some people never escaped the dark place that they entered last year but I am lucky I did.

And again, a couple of books helped me escape as life felt unbearable once more.

“The Great Gatsby” by F. Scott Fitzgerald, “Fear and Loathing in Las Vegas” by Hunter S. Thompson and “A Farewell to Arms” by Ernest Hemingway saved me, along with several other books. I learned so much about human nature as I escaped into the worlds these talented authors created.

In them, I learned a lot about myself. I also found community in online forums and with friends who also were saved by reading these books. I also enjoyed reading critiques of these books out of excitement; these books are so powerful that people feel deeply about them, even if it is hatred.

The internet is crowded with groups of people sharing their love for art. Go to an online forum on Reddit or even a YouTube comment section, and you can read people’s stories about how their lives were saved because of a book.

One example is MuggleNet, a “Harry Potter” resource site. You can read several stories about how the “Harry Potter” series — both movies and books — saved the lives of the people involved in the community. You might become teary eyed as you go through the blog. It’s tough to read about where people were before and finding about where they are after.

Nonfiction does the same thing. I remember working at a business that caused everyone to become depressed the minute they walked in for work (most low-wage jobs cause this feeling). Everyone at my job began to read “Breaking the Habit of Being Yourself: How to Lose Your Mind and Create a New One” by Joe Dispenza.

The book was passed around as an unofficial book club formed. Several people quit the job and decided to pursue something else. Others were motivated, and the conversations about the book’s advice lit up the faces of otherwise depressed individuals.

It’s okay to escape. Provide yourself with the freedom to escape. Life is hard enough, and your mental health is important. And remember to give credit to the people who helped save you when life felt unbearable.

Also, if you are a writer and it feels like what you are writing is pointless or that you are wasting your time, remember that what you put down can be the catalyst that saves another person. So, try to write something bigger than you.

2021-05-12
Previous Post: Opinion: Focus on your mental health over finals
Next Post: Tips for soft, healthy skin this spring