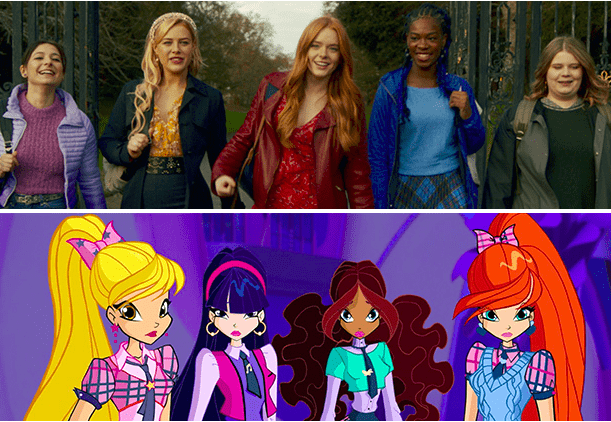 By: Kaylan Hardin
In: Opinions

It’s January 20, 2006, and you can’t wait to get home from school, because the premiere of “High School Musical” comes on tonight, and it’s all you and your friends have been talking about since you saw Zac Efron for the first time as Mr. Troy Bolton.

The countdown begins and you grow more and more excited. You have never stayed up this late but are willing to glue your eyes open because you just can’t miss a minute of it.

The next day you already have all the songs memorized and you have annoyed your family to no end with all of your singing.

From then on, you watch the movie series until its ending and final curtain close in “High School Musical 3,” and it feels like an end of an era.

Flash forward to 2020 and you get a Google Notification of the casting for the reboot “High School Musical the Musical the Series.”

You think: one, what kind of title is this?

And two, why ruin “High School Musical” with a reboot that nobody asked for? Even if it was asked for, where’s Zac Efron? Who are all these new kids?

Whenever I see a preview for a reboot of a classic show or movie, I automatically roll my eyes and assume it is going to be terrible. Why remake so many great shows and movies? I give some of these reboots a try, only to find my initial reaction was proven to be right.

After watching reboot after reboot, I come to see that the truth is times have changed and writers may want to bring upon a sense of nostalgia, while also relating to a newer audience. Writers may want to have the best of both worlds by trying to please two separate generations: the generation that grew up on the original as well as a newer generation. But it’s okay to let classics be classics.

It feels like these shows and movies worked for their targeted audience and age group at the time but once rebooted, something is missing. The premise of the show is stripped and a new storyline is developed to fit the present day of our society and the present lives of these classic characters.

Take “Fuller House” for example, a reboot of the 1987 sitcom “Full House.” “Full House” followed the lives of widowed husband Danny Tanner who brings in his friend Joey and brother-in-law Jesse to help him raise his three daughters: DJ, Stephany and Michelle.

“Fuller House” takes place in the present day, and now all the girls are grown up. The premise of the show is now changed to fit the women the Tanner girls have become, which means the show’s primary focus is on their lives now.

DJ and Stephanie have gotten married, have kids and now there are a whole set of new characters we are introduced to who have their own storylines. The storyline is different from what we knew and grew to love from the original series.

In the reboots I’ve seen, the shows feel forced. The jokes and even the storyline itself are completely restructured, as if the writers are trying too hard to make it work.

For another example, let’s look at the animated series “Winx Club” filled with a colorful fantasy world of action-fighting fairy friends.

The series was rebooted to a live-action version on Netflix called the “Fate: The Winx Saga,” which turned the original lighthearted animated series into a serious teen drama.

It can be interesting to see old favorite characters grow up, like Raven from “That’s So Raven” or DJ and Stephany from “Full House,” or see new characters take on roles similar to that of classic characters. Even seeing animated series turn into dramas can be exciting.

However, reboots tamper with the nostalgia of these older shows so much that a good thing gets ruined.

2021-05-07
Previous Post: Thank you graduating Scribe seniors!
Next Post: OPINION: TikTok fame needs to be taken with a grain of salt