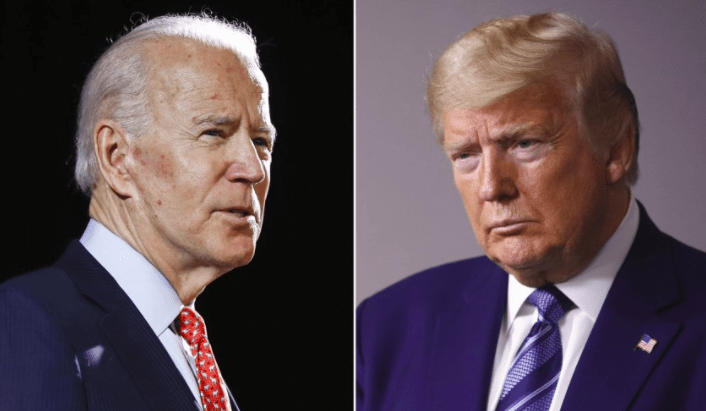 By: Jade Ellis
In: Opinions

Along with about 70 million other viewers, I watched the presidential debate on Sept. 29. Although I have already voted, I wanted to watch the two candidates debate and hopefully learn some new information about the state of the country or the policies each candidate would implement if elected.

To little surprise, the debate was just two men talking over each other and the moderator for an hour and a half straight. I found myself frustrated with the results of the debate, but more so I found myself disgusted with the words that President Donald Trump was using.

Now, I have not been living under a rock, and I like to consider myself socially aware. Hearing Trump use abusive and manipulative language during the debate was not something out of left field, but I was appalled by the levels he stooped to when attacking former Vice President Joe Biden.

Instead of focusing on policy, Trump took a low blow at Biden’s family. It began when Biden talked about his late son, Beau Biden.

Biden stated that Beau was a veteran and hero who fought for his country. Biden said this to state his disgust over the language Trump had previously used regarding military members, calling them “losers” and “suckers.” Trump quickly twisted this to attack Biden’s other son, Hunter.

Trump stated that Hunter was kicked out of the military for his cocaine use (a statement that has been proven false). Trump ruthlessly attacked Biden’s son for having a drug problem.

When I watched this, I was furious. First of all, Hunter Biden’s former issues with substance abuse have absolutely nothing to do with how Joe Biden will run the country or the policies he will implement.

Secondly, the leader of the country openly attacked his opponent’s son for having a drug problem. No addict or recovering addict deserves to have their struggles with drug abuse politicized or used as a point to discredit and taint the image of a family member running for office.

Imagine coping with substance abuse or knowing someone who has been challenged by substance abuse, then having the president of the United States publicly shame you and those who struggle with addiction. Mental health and personal struggles are not something that should be attacked, especially in the political sphere.

To make matters even worse for Trump, he is the leader of a country amid an opioid crisis and has done little to none to stop the epidemic from getting worse.

I do not know what goes on behind closed doors, but there is still a certain level of respect that should be held for every individual, even in the political arena. In a debate, where viewers are just trying to learn more about different policies, having a blatant disrespect for a candidate’s family member and by extension, people who have struggled with substance abuse, is inconsiderate and, frankly, disgusting.

2020-10-14
Previous Post: When Mountain Lions fly
Next Post: Vote ‘no’ on Proposition 115: government should have no control over women’s bodies