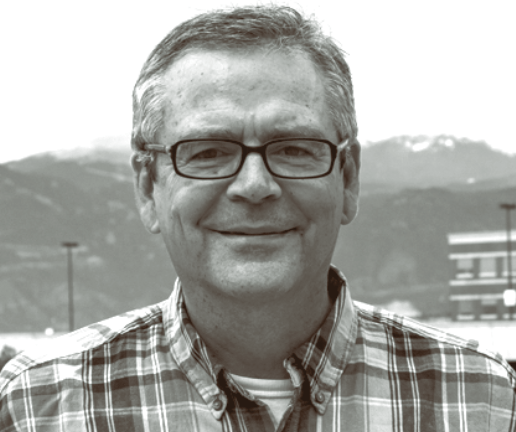 Sackett received his undergraduate degree in philosophy from Grinnell College in Iowa. During his undergraduate, Sackett took many history classes and eventually enrolled in Washington University for his masters and doctorate in history.

With difficulty in the rigor and dedication of a doctorate degree, Sacket considered leaving and pursuing a different career, but he ultimately chose to continue with his history degree. Sackett said, “I was tempted to leave, but stayed. A good decision—after all, staying was crucial for my career.”

From 1977-1978, Sackett spent a year abroad in Germany to work on his dissertation. The connection was instant. Germany was what Sackett needed during that particular stage in his life, and being there created a future path for his eventual position at UCCS. Sackett decided to stay in Germany after the year of his dissertation to learn the German language and get acquainted with the European culture.

Sackett’s career at UCCS began with some doubt, as well as some guidance from one of his former German teachers. Recalling the situation, Sackett shared how he was encouraged to go back to school by one of his professors during a walk along the Rhine River: “‘Rob, go back to a university. That’s where you belong,’” said Sackett, quoting his professor. Although he enjoyed his job at an old novelty bookstore in Düsseldorf, Sackett ultimately knew where he was destined to be.

When a job at UCCS opened up 37 years ago, Sackett applied, was hired and ultimately moved back to the United States. Although it seems like a match made in heaven, Sackett claimed he did not even know about the school until he applied. As the decades have passed, Sackett was able to find a fulfilling career in the history department, as well a gratifying life in Colorado Springs.

Since starting at UCCS, Sackett met his wife in Colorado Springs and has taught and explored many of his interests. When describing his work in the history department, he said, “Not a single class has disappointed me. Every time, there were enough students engaged in the ideas I was trying to get across that the discussions were alive and interesting.” According to Sackett, he has been so satisfied with his career at UCCS that he has not so much as looked at positions elsewhere.

Many of Sackett’s students and fellow faculty may describe him as having an attitude that evokes a typical scholar. Being described as a scholar is not necessarily how he would categorize himself, but he gladly accepts the title. To Sackett, a scholar has to love his or her field, and never loses the basic interest.

History is especially unique, in that, according to Sackett, “In a field like history, there’s more than one way to approach a subject, and basically there is always more to learn. You have to be ready to put what you thought was right on the shelf and reconsider things from a new angle.”

History, as Sackett sees it, is an ever-changing field, so there are constantly new views and perspectives when analyzing events. The beauty and wonder that comes with this field is what motivates Sackett to teach the way he does. Sackett specifically studies modern European history, in particular activists in post-World War II West Germany who sought to open discussion on the Holocaust.

Having grown up in the 1950’s, World War II and the events and atrocities of Nazi Germany were still being talked about. Every aspect of Sackett’s childhood from cartoons to movies to books were connected to Germany in some way. Thus, a genuine curiosity with Germany developed in Sackett.

From then, Sackett became perplexed and intrigued with Germany, a country capable of committing these acts, but a country also centered on culture and diversity. This simple mystery is what Sackett, in one way or another, explores in his class and research.

Sackett is taking a sabbatical for the 2020 spring semester but still plans on remaining active. He will focus on writing and archival research during this time. He will also be reading and examining various documents for his research in Germany.

Neither Sackett, nor his department head, have any plans for him retiring soon. As he claims, his projected teaching schedule will last until a few months before his 74th birthday. And so, until then, he will continue to inspire students as well as explore his passions.