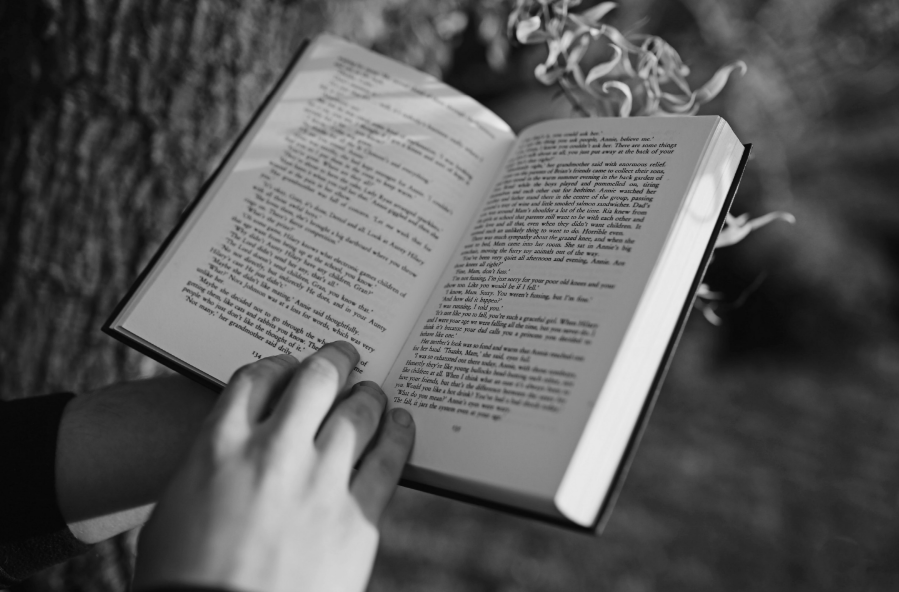 Reading is a rapidly depleting form of entertainment

“I’d lie in bed and read one paperback after another until two or three in the morning,” Frank Conroy wrote in his memoir. When he read, he felt as if “The real world dissolved and [he] was free to drift in fantasy, living a thousand lives, each one more powerful, more accessible and more real than my own.”

This is the feeling that thousands of individuals get when they read; however, this feeling hasn’t been enough lately to maintain readership in recent years.

According to Pew Research Center, “About a quarter of American adults (24%) say they haven’t read a book in whole or in part in the past year, whether in print, electronic or audio form.”

Other research conducted by Statistic Brain Research Institute, reported by Dastor News, “predicted that 42% of college students will never read another book after they graduate.”

These statistics pale in comparison to the number of individuals who have begun began to pick music, video games and movies as a means to spread education, entertainment and information. In further detail, BBC.com reports reporters that more and more men (up to 75%  percent) are choosing to watch the film adaptations of books than read the original.

This shift in focus to different types of media doesn’t only hide reading from the public eye, but it hides the importance of it as a community and the personal benefits of it as well.

When more individuals in a community actively read, the community is often more empathic and better at connecting with those around them, making them closer and better suited to deal with stress.

As for the individual benefits of reading, those who read are more likely to be more highly educated, less stressed, more creative, get more sleep and have a better memory. Researchers have also found that reading on a daily basis (or at least a few times a week) can help decrease the risk of Alzheimer’s, due to the increase of neural connections that strengthen neural networks, and increase life expectancy.

According to an article titled “Here’s Why Your Brain Needs You to Read Every Day,” written by Brandon Specktor for Reader’s Digest, “People who read books—fiction or nonfiction, poetry or prose—for as little as 30 minutes a day over several years were living an average of two years longer than people who didn’t read anything at all. Odder still, book readers who reported more than three hours of reading each week were 23 percent less likely to die between 2001 and 2012 than their peers who read only newspapers or magazines.”

Often times, the only reason students read is because they are forced to for class, and the same goes for those in careers that require them to sometimes read. Otherwise, reading is not as common of a hobby as it used to be.

Reading helps with retaining and learning new information, that people otherwise might not learn from other media sources. With the shift in technology, one would rather listen to a podcast or watch a movie rather than read a book.

Reading is one of the most important ways to improve cognitive development in children, yet most children are seen playing video games or watching TV shows.

According to TheGuardian, in October, the journal Science published an extraordinary study showing that reading literary fiction can improve people’s theory of mind (ToM) – their ability to understand others’ mental states. Reading is improving emotional intelligence, which is lacking for many of the younger generations, due to their lack of reading to develop this intelligence.

It’s important that reading remains a consistent part of everyone’s lives, even if it’s not in our daily routines, reading can benefit lives, intelligence, understanding and cognitive ability immensely.

2018-09-25
Previous Post: With Hands to Hear: deaf awareness in a hearing world
Next Post: Spooky Podcasts to Watch Out for This October