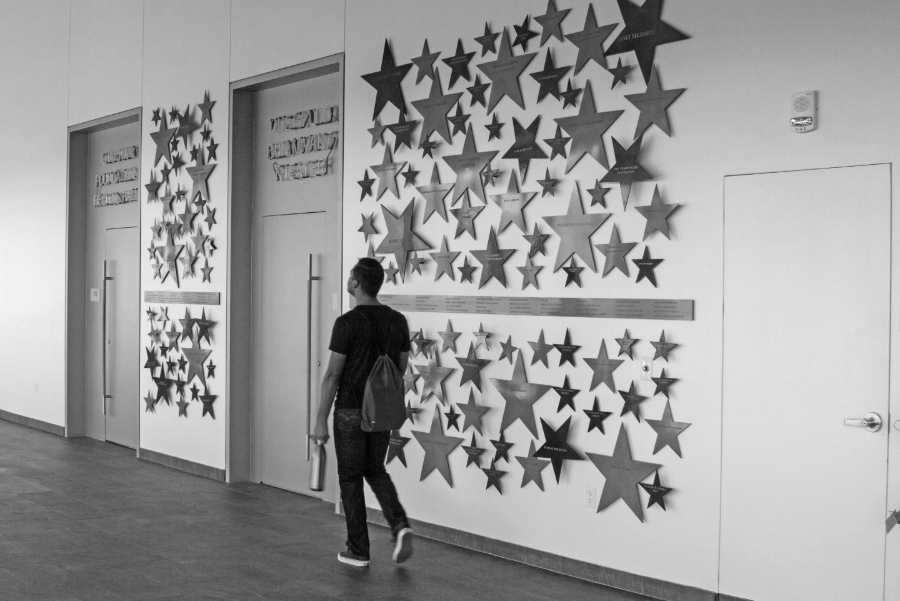 Review of A Raisin In the Sun

Last night I went to see a play called A Raisin In the Sun at the Ent Center for the arts. With an intermission the play overall was about two and a half hours. A woman named Lorraine Hansberry wrote this play.

According to biography.com, Lorraine Hansberry was an African-American playwright and activist born in 1930, and she was involved in the Civil Rights Movement. After she wrote, A Raisin In the Sun, it went to Broadway, and she was the youngest American to win the New York Critics Circle Award.

Theatreworks put on the play, which is a professional acting company for local actors in Colorado Springs; although they do allow students to audition and/or perform in some of their plays. A Raisin In the Sun, however, did not appear to have any student actors.

A Raisin In the Sun is about an African-American family living in South Side Chicago during the 1950’s, the same time of the Civil Rights Movement. They are waiting for an insurance check to arrive.

The characters in the play are Lina, the mother, Benita and Walter, Lina’s son and daughter, Ruth, Walter’s wife and Travis, Walter and Ruth’s son. They all live together in a small apartment with little or no money to make ends meet.

Once the check arrives the plan was for the mother to buy a house for her family and put her daughter through medical school, so she can become a doctor. However the mother’s son wants to use that money to invest in a liquor store. During the whole turmoil Ruth discovers that she is pregnant with her second child.

One of my classmates described the lighting to me as very well. You could see the actors’ faces, and the emotion shown on them. During some more intense scenes, the lights would be shaded to set the mood of those particular scenes.

Some of the props on stage included a couch, table, dishes etc. There is an actual stove and farmhouse sink on stage, so the actors could cook on stage in real time.

The music chosen for this play was soulful. In other words, it was meaningful, and with each song that played at the end of each scene I was able to feel as well as seeing the motions the characters were feeling as everything happened to them in a rush.

Every year Theatreworks does a play called A Christmas Carol at the end of fall semester. When I went to see it was in the old theater room down in University Hall.

In University Hall, the acoustics were not that great. Everything sounded closed in, and there was not a lot of room to place your feet unless you were seated in the first few rows.

In the Dusty Loo Theater, which is where Theatreworks hosts all of their shows, the acoustics were better. The seats are more comfortable, and it looks like an actual theater setting. Plus more people can be seated at Dusty Loo, and other theaters that are in the Ent Center.

Throughout the play I thought Walter was self-centered and did not care about anything or anyone but himself. However, as the play progressed I grew to respect him for the changes he went through and the choices he made to protect his family.

I loved the incredible amount of support Walter received from his family even when he made the worst decision anyone could make. The actor who portrayed Walter definitely owned that character. He made the audience feel what Walter was feeling; pain, joy, love and laughter.

The show is free to all students and open to the Colorado Springs community as well. It is going to take place on Thursdays through Saturdays at 7:30 P.M. Grab snacks and drinks on your way in and enjoy.