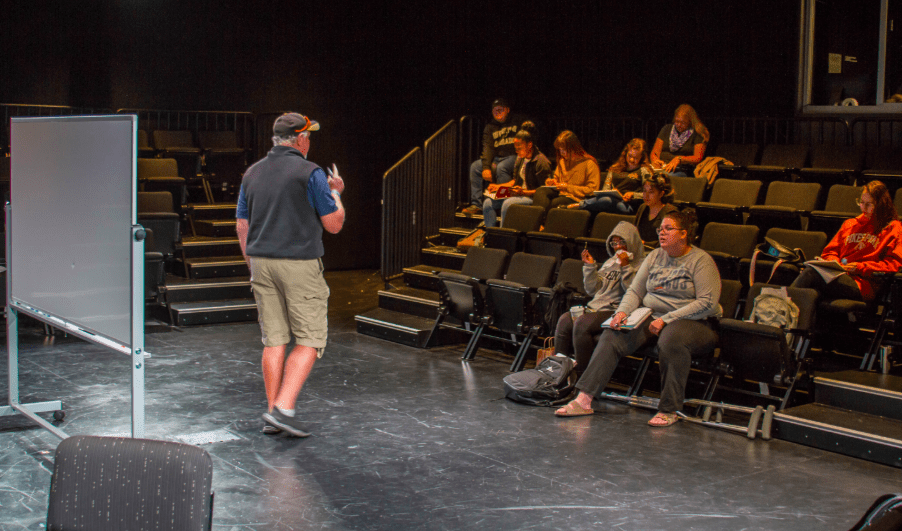 By: Camissa Miller
In: Culture

Shakespeare’s Romeo and Juliet is one of passion, tragedy and resolution. Though considered the ultimate representation of star-crossed love for centuries, there are some underlying themes of sexism and gender roles deeply ingrained into the tale.

The 1500’s were a time when young, prepubescent girls were openly pursued by their middle-aged admirers; the age of consent was 12 for females and 14 for males. Marriages were often arranged for wealthier families with status and convenience in mind, giving the groom and bride little choice in the matter.

In the case of Romeo and Juliet, there is an estimated five to 10-year age difference between them. That means that Juliet, 13, is being romanced by an 18 to 23-year-old Romeo.

“My child is yet a stranger in the world. She hath not seen the change of fourteen years,” says Juliet’s father to her husband-to-be, Count Paris. “Younger than she are happy mothers made,” he replies. Though deemed as pedophilia today, such was the norm during Shakespeare’s time.

Sexism is all too prominent in Romeo and Juliet; the rape and murder of the Montague family maids can be seen casually discussed between Sampson and Gregory—servants of the Capulets—at the beginning of the play. They mention how women are the “weaker vessels” whereas men are the “masters,” and as such women should be thrust against “the wall” and men thrown over it.

Such extremes of the gender roles can be seen all throughout the play. For example, when Tybalt, a Capulet, hears some derogatory words, he decides to kill the insulter to preserve his pride. “This, by his voice, should be a Montague. Now, by the stock and honor of my kin, to strike him dead, I hold it not a sin.”

Another example can be seen when Juliet refutes her marriage with Count Paris, a sign of blatant disobedience, eliciting a threat from her father stating she can either marry him, become a nun, or be disowned: “I tell thee what: get thee to church o’ Thursday, or never after look me in the face.”

These traditional, perhaps crude, ideals of masculinity and femininity are common in the play, depicting women as delicate damsels and men as fiery fiends. The ideals are so remarkable that they are what drive Shakespeare’s plot, the character’s mentalities, and ultimately the death of Romeo and Juliet.

Students at UCCS can see this new play performed here on campus.

Though riddled with sexist overtones, Romeo and Juliet is still the beloved play of the pursuit and tragedy between star-crossed sweethearts, and it has come to UCCS with a modern twist. It will be presented at the Osborne Studio Theater until Oct. 7.