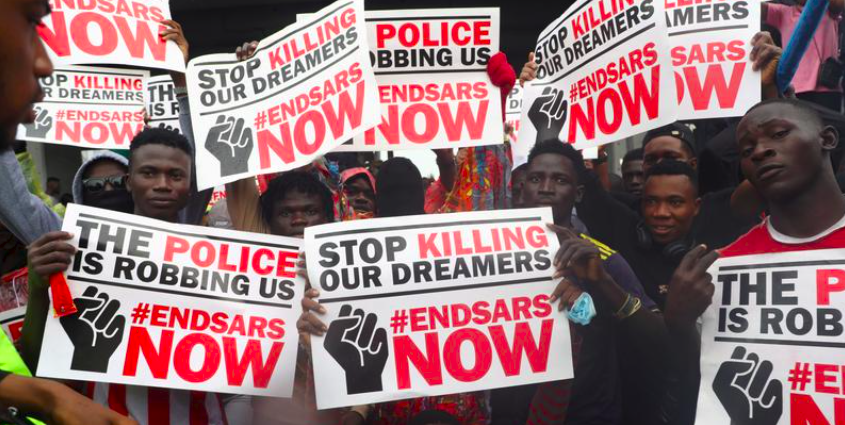 By: William Pham
In: Opinions

Last week, I lost a friend to the riots and SARS brutality in Nigeria. His name was Kayode.

In a moment, a peaceful, hopeful and ambitious man with a beautiful family lost his life. He wasn’t protesting; he was at the wrong place at the wrong time. Crossing the main bridge that connects all of Lagos together, the largest city and capital of Nigeria, he ran into protestors. The police were shooting into the crowd and a bullet ricocheted and hit him in the abdomen. He passed away a few days later.

Despite the months-long protests to end their controversial police force, the Special Anti-Robbery Squad (SARS), Nigeria’s conflict does not look to be ending soon. The protests began as peaceful demonstrations, but according to the New York Times, violence escalated on Oct. 20 when police forces fired into a crowd of protestors.

Although Nigeria is a relatively unknown country to most Americans, and their problems might seem foreign, their struggles are indicative of a more global struggle, a global struggle for freedom, peace and understanding.

SARS is a special branch of the Nigerian police force known for their brutality and corruption. Originally created in 1984, SARS dealt with the increase of crime in the country, which included kidnappings, robberies, and car-jackings by armed gangs.

However good the initial intentions were, SARS soon developed into a very corrupt entity; they soon targeted, captured, and even tortured people they deemed criminals. SARS agents would specifically target seemingly affluent young men and demand money or valuables from them to avoid arrests, beatings or torture.

President Muhammadu Buhari officially dissolved the unit on Oct. 11 but has done nothing to dismantle SARS and continues to play a passive role in the street violence. He has spoken extensively against protestors, issuing a curfew and threats to future protestors.

Protests to end SARS have gone on for years, since 2017, but actual movements towards ending the police force have been in the works since 2006. Citizens and parts of the Nigerian government have unsuccessfully tried to outlaw or ban the force in 2006, 2008, 2010 and 2016.

Considering its lack of media coverage in the west, it is no surprise why this seemingly global struggle has gone unnoticed by non-Nigerians. In a distant land, a distant struggle. Americans have grown jaded with these issues, and considering the world we live in, it’s understandable why Americans turn a blind eye.

In the U.S. we value our freedom and our ability to go out and protest, yet we become purposefully blind when someone else wants the same. SARS is representative of an issue we all face as a global society, and as people of the free world we should help each other. It’s not an issue solely about race, ethnicity or creed; it’s an issue about equality and allowing people to live the life they are destined to live, without being impeded by an oppressive force.

Innocent people like Kayode have died, and it needs to stop. No matter how big we think we are, issues are interconnected that we can never truly run from them. If we continue this practice of passivity, SARS will only morph and spread, affecting those we love most wherever they are in the world.

To be more active in the issue, you can do the following: research SARS to get a better understanding of the situation beyond this article, be active in promoting the issue to friends, family and social media, and use #endSARS on twitter to keep up with what’s happening over in Nigeria from actual protestors on the streets.

2020-11-06
Previous Post: Freshman year or real-life ‘Among Us’ videogame?
Next Post: ‘The Possessor’ is traumatic, disturbing cinema: do not watch