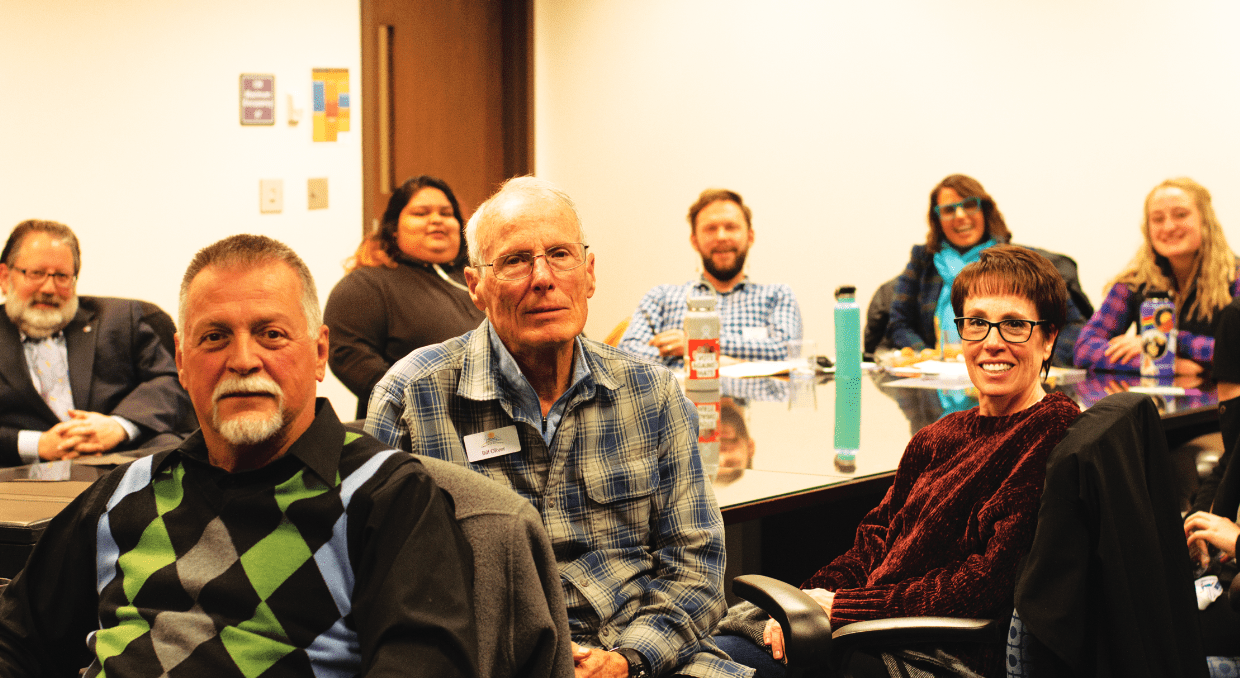 By: Israel Wheatly
In: Features

Queer-identifying individuals comprised the majority of those in attendance. The event promoted the acceptance of all sexualities, genders and faith.

On Feb. 13, MOSAIC, in participation with Colorado Springs’ Inside Out Youth Services, hosted the Queering Religion and Faith talk, in which local religious leaders, UCCS students and staff alike convened to discuss their experiences with their faith, religious communities and sexualities.

The workshop began with introductions of every individual in the tightly packed meeting room. Everyone gave their name, pronouns, would-be superpower and reasons for attending the event. Though seemingly superficial facts, these prompts ended up bringing everyone closer than they were as strangers just minutes before.

Queer-identifying individuals comprised the majority of those in attendance. The event promoted the acceptance of all sexualities, genders and faith.

To many of the participants of this discussion, discovering their own sexualities meant coming to terms with their contradictory faiths. It meant finding the right path for themselves as well as communities that accepted them for who they were.

The majority of those at the discussion came from different Christian denominations, Catholicism and Judaism; much of the talk was led by individuals representing their own church, so students and staff could hear about these leaders’ experiences with their identities and theologies.

For some, the talk being heavily centered around Christianity was less than ideal. Bethany Weaver, a senior in sociology and women’s and ethnic studies, stated, “I do wish we had less Christian representation,” but said she enjoyed the talk regardless.

Xander Beem agreed with Weaver, saying, “I know Jesse [Perez] made an explicit effort to make sure it wasn’t just Christian, so I appreciated that.” Beem is a junior interdisciplinary studies major in the communication and WEST programs. He also confirmed that a non-Christian leader was going to show up but did not.

Beem also feels that the world is becoming more accepting of LGBTQ+ lifestyles, but that among religious communities, there is a slower rate of acceptance. He said, “When I was coming out, the non-religious people who rejected me accepted me sooner than the religious people who rejected me.” Beem’s comment was reflective of a particular, repetitive theme in the discussion: that, eventually, people of minority status will find circles of acceptance. Encouragement to find these circles or even create these circles permeated the air in this intimate, round-table reunion.

Alexander Wamboldt, manager of prevention programs at Inside Out Youth Services, led the discussion. Wamboldt spoke about the struggles that LGBTQ+ individuals experience, particularly when it comes to religion and community. Wamboldt said, “One of the ways that we at Inside Out would like to be doing upstream prevention on these issues is helping repair some of these relationships with people and helping create connections to supportive communities.”

Wamboldt’s work in the Colorado Springs community was clear when listening to the participants express themselves. While some expressed personal pain or even asked for advice from their more experienced counterparts, it was clear in this discussion how far queer communities have come, fighting years and generations – millennia even – of oppression and discrimination.

With discussions like these and communities around campus and Colorado Springs facilitating them, the future is looking up for those minorities searching for their own sense of community. One question dominated the atmosphere of the event: why should anyone check their head or their heart at the door? It is time we expressed ourselves without fear of judgment.