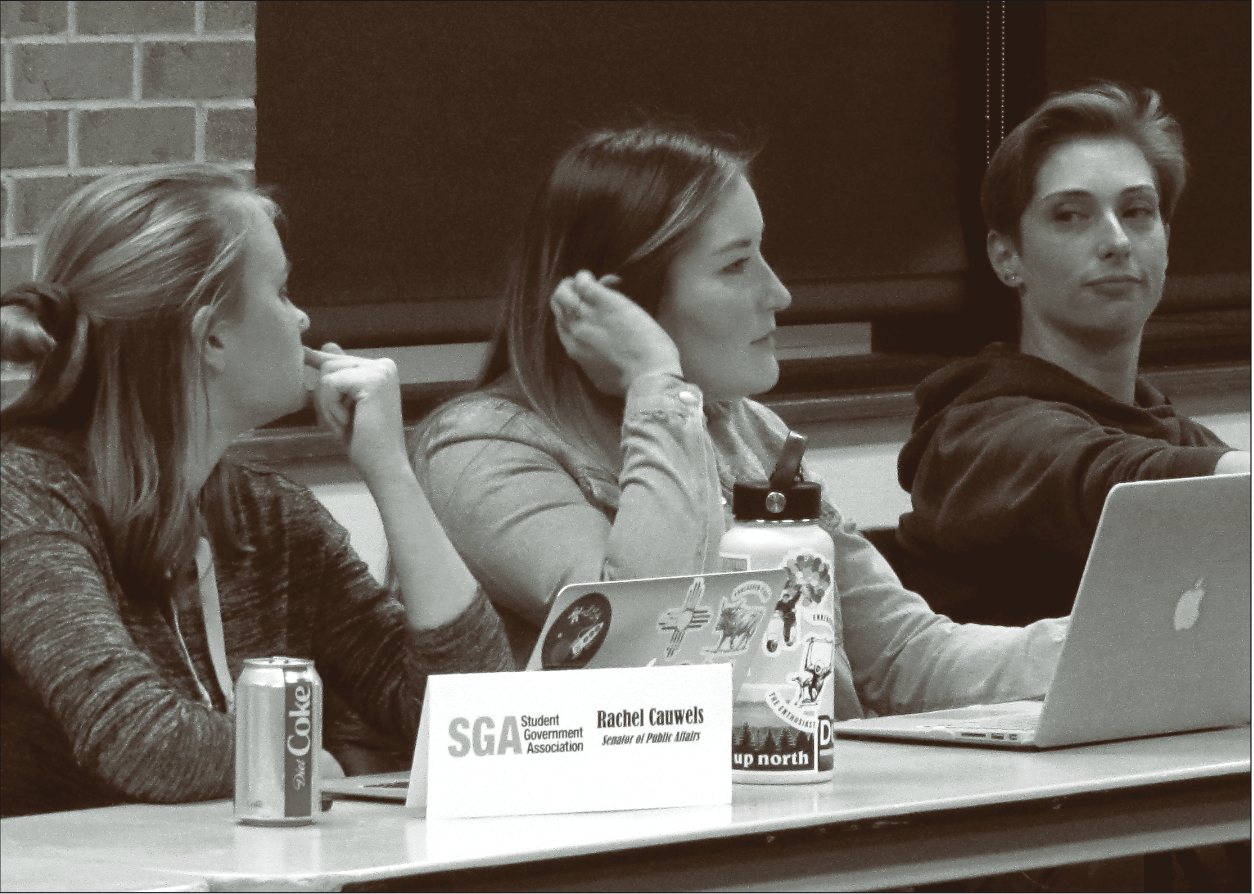 Senate Bill 27: Funding for a mission for Christian Challenge

Alumnus Isaac Harold presented SB-27, a bill that requested additional funding for a mission trip to San Diego. The bill as written included a request for $7,161 split between programming fees, flights, van rental and food.

Debate in the senate was concerned with the amount of money requested.

“I personally think this is a ridiculous amount of money and the fact that they’re asking us to cover most, if not all of the expenses with very little fundraising done beforehand is a little ridiculous and not fiscally responsible,” Senator-at-Large Maria Bynes said.

SGA’s constitution and bylaws do not set forth any guidelines for funding through bills specifically but does have a funding guidelines document that was amended in October to change their policy on funding once an event has already occurred.

The guidelines state that the BAC cannot consider any fundraising the club or organization has done before seeking funding in Article II section D line a but does not place the same restrictions on the whole senate during legislative meetings.

The guidelines do say that no club or organization may “request more than $3,000 of SGA funds per fiscal year,” in Article III Section C, but does not clarify if this restriction is limited to funding requests through the BAC or bills as well.

The senate debated management of the bill for 45 minutes. During that time, they voted to amend or change the funding amount four times.

The changes included removing the $300 food line item and the $900 van rental line item. They also decreased both amounts requested for flights and programming costs.

In the final version of the bill, SGA allocated 80% of the requested programming fees and 60% of the requested flight funding. Christian Challenge also received $2,000 for the event through a BAC recommendation earlier in the meeting.

The total amount in the bill after the changes, including the 8.5 percent General and Administrative Recharge (GAR), was $3,103.10. The final amount was around 43% of the initially requested total. This version of the bill was approved 9-1.

Members of the senate stated that it was only fair for members attending the mission to pay some of the fees out of pocket and explore additional fundraising efforts.

“We work with a limited resource,” Senator-at-Large Brandon Goldstein said. “We as the Student Government Association need to be fiscally responsible with how we allocate those funds.”

Christian Challenge requested $2,000 to partially assist with the cost of flights to send six students and four UCCS alumni on a mission trip to San Diego, California from March 21 to 28.

Delta Sigma Phi requested $1,340 to allow 16 members to attend the 2020 LEAD Conference in Denver. The annual networking event will take place from Feb. 28 to March 1.

Black Student Union (BSU) requested $2,000 to assist in funding airfare for members to attend the Big Twelve conference hosted in Norman, Oklahoma from Feb. 20 to 23.

The poker club requested $1,000 to help fund their poker tournament in UC 303 from 4 p.m. to 10 p.m. on Feb. 25. The funding will go toward the cost of renting the room and the purchase of poker tables, which will be reused annually going forward.

The senate unanimously appointed a new senator of military affairs in the final portion of the interview process. Student, father of two and veteran Michael Brown was in the military for six years and plans to build a career in social work. At the meeting, he was invited to introduce himself to the senate before being voted into the position.

Herrera, who has worked at UCCS for 21 years, was invited to give an update on the Women’s and Ethnic Studies (WEST) program and diversity and inclusion initiatives on campus. She spoke about her involvement with a pre-collegiate program, a new mentoring program and the faculty and staff diversity assembly.