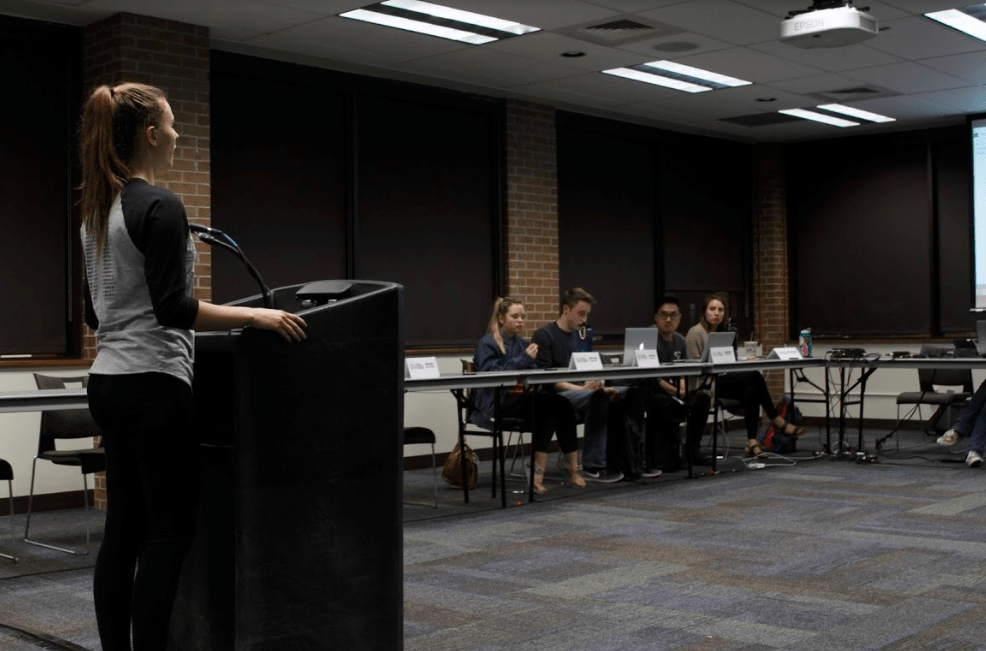 SGA passed SB31, a student bill that seeks to reallocate unused recognition money in the fall 2018 semester. The bill passed unanimously by a 11-0 vote.

The bill seeks to address concerns stemming from SB07: Recognition Bill. The reallocated money designated to SGA members from SB07 will be placed in the Carry Forward Fund through the new bill.

The amount of money that will be reallocated month to month is unknown, according to Breana Arnold, speaker of the senate.

Arnold presented SB31 to the senate. She chose not to accept the stipend for her position since SB07 was enacted.

The original recognition bill, passed in November, sought to provide a monthly stipend of $300-$400 a month for member of the Executive Council. At the end of each semester, three members of SGA who do not receive a monthly stipend could be recognized with an award of $250 as well.

Students previously expressed concerns about the allocation of funding toward the recognition program. The topic was debated during the 2018 elections.

Another recognition bill in response to SB07 was written in February by Soledad Anglada, former speaker of the senate. SB30: Recognition Refund passed 11-0 on Feb. 7.

A total of $810 was reallocated into the Carry Forward Fund through SB30. This amount included $750 from fall nominee recognition money and $60 for GAR.

“Upon administrative approval of recognition process, since the nominee process had not been completely transparent during the fall semester, the dispersal of recognition for the fall nominees was not approved,” according to SB30.

Members of SGA have stated that the intention of SB07 was to make it easier for all members of the student body to serve in SGA, regardless of their financial status.