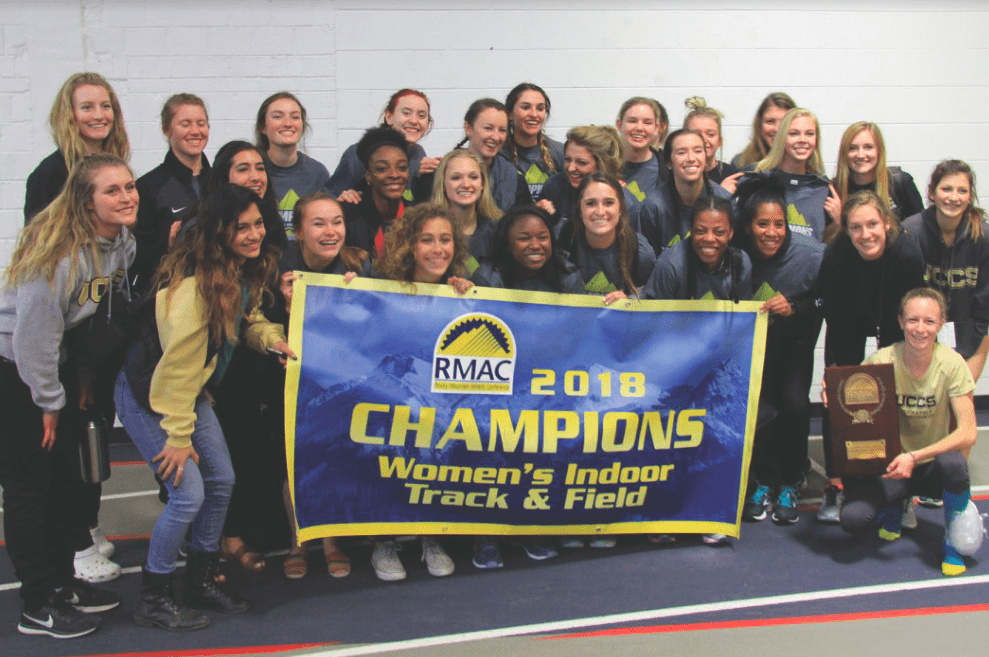 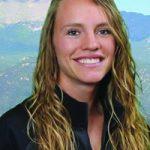 As sprinter Skylynn Webb led the women’s track and field team to first place at the RMAC Championships, she felt invigorated.

“That was a feeling I have never experienced before. I just wanted to do everything I could to help win for my teammates because they mean a lot to me, and we are a close team,” she said.

On Feb. 24, the women’s track and field team came in first place at the RMAC Championships, making program history as they finished ahead of Western Colorado State University by one point. Webb led the team to victory and placed No. 1 in the 800m with a provisional time of 2:12:36.

“That was a feeling I have never experienced before. I just wanted to do everything I could to help win for my teammates because they mean a lot to me and we are a close team,” said Webb.

Webb, a graduate student studying clinical psychology, received her bachelor’s degree from Fort Lewis College and started at UCCS in fall 2017. She played multiple sports in high school and competed in track and field during her junior and senior years at Fort Lewis.

“Running has always just been something that I’ve loved doing ever since I was little. Somehow, things just worked out right in my life to lead me to the spot I’m in now with running,” said Webb.

Webb has received several honors for her performance on the track team. She has been named as the RMAC Women’s Track Athlete of the Year and made the USTFCCCA All-Region team on March 1, earning honors for the distance medley, the 400m and the 800m.

“This is the first time I’ve ever truly felt that I’ve tested my limits and put out everything I have into what I’m doing. It’s paying off, so it feels really good,” said Webb.

“I’m ranked No. 1 right now, so my goal is to win, but I’m just going to go out there and try to stay loose and run my race. Hopefully, it will turn out the way I want it to,” said Webb.

For more information about Webb and the women’s track and field team, go to gomountainlions.com.

Editor’s Note: Skylynn Webb is related to Joyclie Webb, who serves as associate editor of The Scribe. Joyclie did not contribute to this report.

2018-03-06
Previous Post: Darrin Steele discusses Olympic career, life lessons learned
Next Post: ‘Star Wars’ has been oversaturated to be a moneymaker for Disney