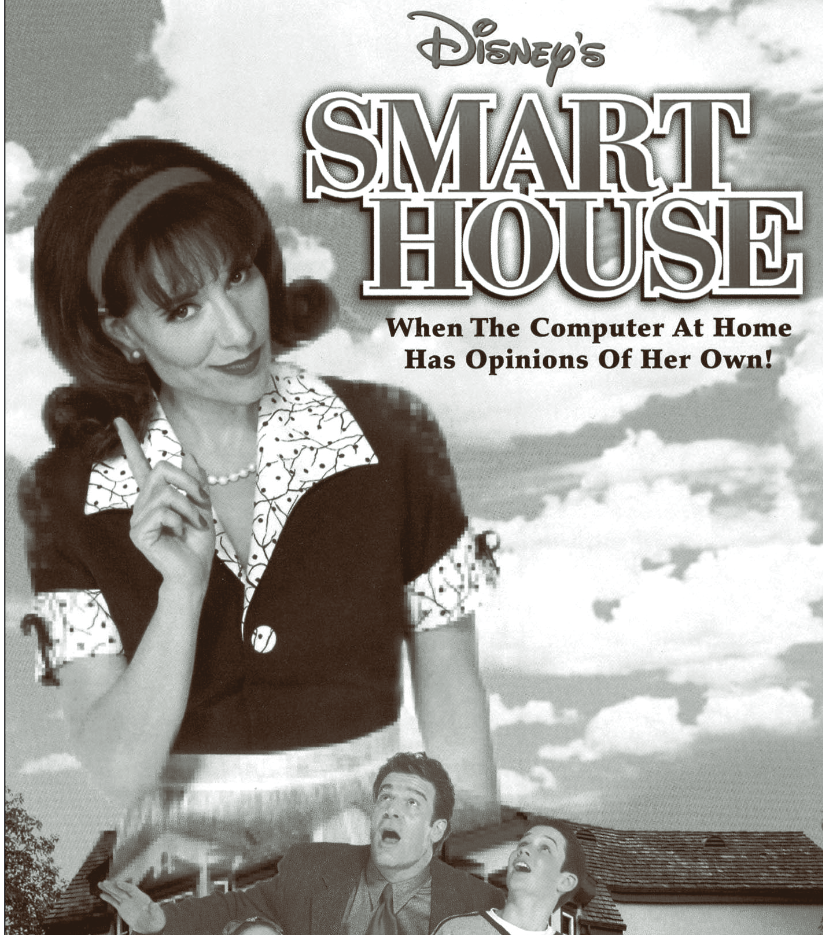 ‘Smart House’ has a deeper message than you recall

That is what it is really all about, isn’t it? The family has to learn how to move into the future if they really want to live like a futuristic family. Do not keep trying to retain the past and accept the path you are heading on without hesitation.

Do you remember where you were when the Disney Channel original movie “Smart House” premiered? I sure don’t, but I can tell you it has stood the test of time as it approaches its 21st anniversary this summer. Well, somewhat.

If you are at all familiar with ‘90s-00s Disney Channel, you know exactly what the movie is like: the “white picket fence” suburban family, the beginnings of everyday internet-use, intense hair gel and oversized clothing on teenage boys define the era.

If you have not seen the movie, here is a rundown: 13-year-old Ben Cooper (Ryan Merriman) lives with his young sister, Angie (Katie Volding), and his single father, Nick (Kevin Kilner). After the death of his mother years prior, Ben has put all his effort into maintaining a “perfect” family dynamic among the trio, so much so that he actively fights against his dad finding a new partner.

Ben’s main challenge begins when he enters his family into a contest to win a “smart house,” a highly technologically advanced house built with a virtual assistant, Pat (Katie Segal). Yes, the house is also a character. Imagine Siri, but omnipresent, omniscient and able to bake cookies and absorb messes into the floor. As Disney movies go, the family wins the house, leading Nick to become infatuated with its designer, Sara, who becomes an object of jealousy for Ben. Ben becomes combative and eventually rewires the house to be more maternal, as he puts it.

Let’s put aside everything visually unappealing about the movie. It did as well as it could as a Disney Channel movie, so it is not fair to critique that. The message itself is actually pretty deep: sometimes you need to put aside your own feelings and consider someone else’s.

Ben’s struggle with jealousy and the fear of his mother being replaced are perfectly valid, and they are feelings that everyone will struggle with at some point. Maybe not in that particular situation, but hey, they are human, nonetheless.

Looking at it from a “beware of technology” perspective, it gets a little weak. The artificially intelligent house does turn on the family it is meant to serve (as expected); that fits pretty perfectly into the box of the great robot scare that has sparked discussion for ages. It is really all about Ben and his relationship with his family, though. It is because of him that the house goes awry, which naturally leads to him learning a lesson in letting go of the past so his family can move toward the future.

That is what it is really all about, isn’t it? The family has to learn how to move into the future if they really want to live like a futuristic family. Do not keep trying to retain the past and accept the path you are heading on without hesitation.

For a Disney Channel original movie, that is impressively thought-provoking. The movie made good use of its budget in terms of production. I would be interested to see a new rendition of this story. Check it out on Disney+ if you have an hour and 22 minutes to spare