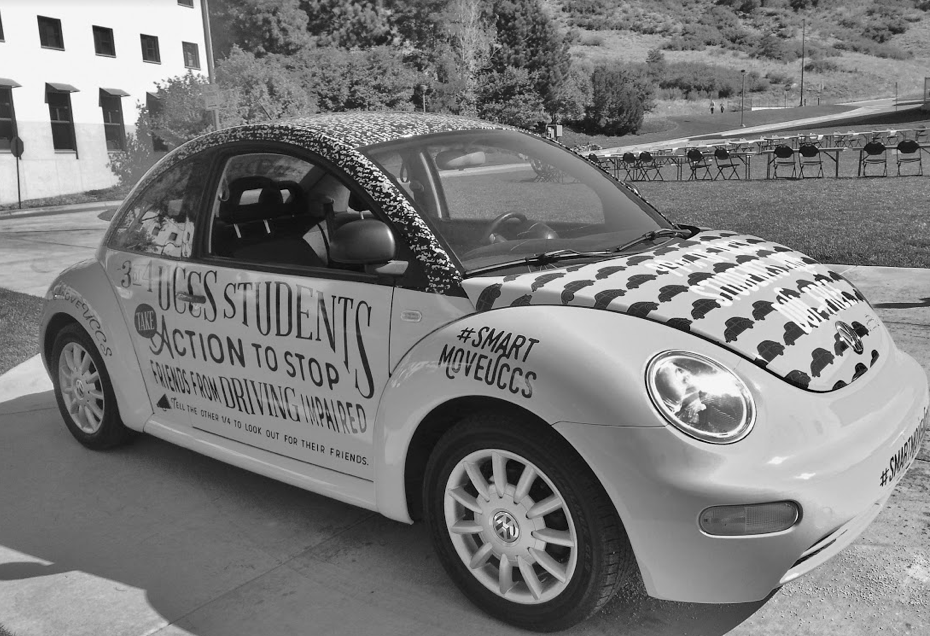 Smart Move UCCS is seeking to disprove misconceptions about drinking and driving through education.

“There’s a big misconception on campus that everybody’s drinking, so we just want to make sure that we’re addressing that and preventing people from getting DUIs,” said Ray Fisco, prevention and outreach manager for the Dean of Students.

Smart Move UCCS works to inform students of the realities of a DUI conviction.

Smart Move reached over 1,000 students last year. Their goal is to put their message in front of the entire campus community according to Fisco.

The program collects data on how driving under the influence at UCCS from student surveys. The surveys have been conducted over the last three years to track student drinking behavior.

According to Fisco, survey data shows that 60 percent of students drink. Three out of four students don’t let their friends drive under the influence. Results also show that 99 percent of UCCS students don’t have a history of DUIs  (Driving Under the Influence).

“The survey information is used to really help normalize responsible decisions that people are doing when it comes to their choices around alcohol and other drugs,” said Fisco.

“I think is an amazing feat, an amazing accomplishment for UCCS to have almost all of our students DUI free.”

According to the Colorado Department of Motor Vehicles, the first conviction of a DUI can result in a fine of up to $1,000 and a license revocation of up to nine months with a risk of jail time, community service, or education.

Smart Move UCCS spreads the message by speaking with incoming students during orientation, hosting events and advertising with a branded yellow Volkswagen Beetle.

“When you have this big yellow bug in the middle of westlawn, people want to know why so they come up to it and we tell them about the campaign,” said Fisco.

The program began in 2016. It is funded by the Persistent Drunk Driver Committee with the Colorado Office of Behavioral Health. The committee is funded by fines collected from Colorado DUI convictions.

Smart Move UCCS will host a Facebook campaign in April. For every share they get on Facebook, the Persistent Drunk Driver Committee will donate money to Mothers Against Drunk Driving.

Fisco sees this as an opportunity for Smart Move UCCS to impact the community outside of UCCS.

Students see the importance of being educated on driving under the influence as well.

Juan Aguilar-Estrada, a freshman biomedical science major, experienced the impact of DUIs when he was younger.

“I grew up with friends with fathers who were in jail for drinking and driving. Growing up with them, with having no father in the picture seemed like a really big issue,” he said.

Daisia Danaeday-Dorman, a sophomore undecided major, is also against driving under the influence.

“I think that it is very irresponsible, very unsafe. It puts yourself in danger and it puts other people in danger,” she said. “I think that a percentage of students drink responsibly, but not all of them unfortunately.”

Smart Move UCCS’s partnership with the Persistent Drunk Driver Committee is set to expire after this semester, but Fisco hopes to continue the program into the future.

“We’re doing a really great job. Most of our students are DUI free and we will really want to keep it that way. I’m really hopeful that one day we can say that we’re 100 percent DUI free,” Fisco said.