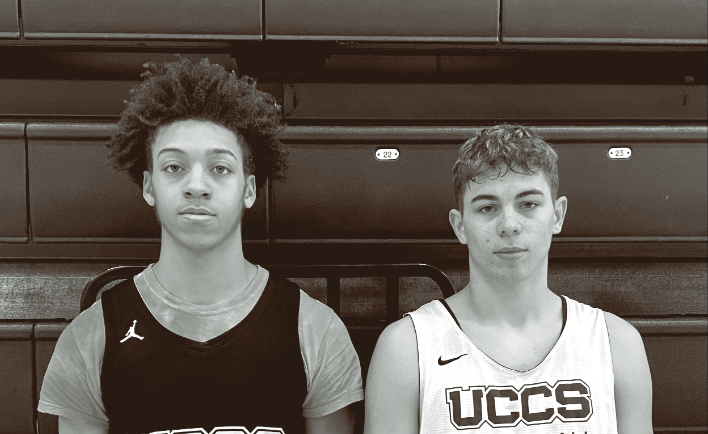 On Sunday, Jan. 26, Kobe Bryant, his 13-year-old daughter Gianna and seven other people lost their lives in a helicopter crash. They were traveling from Orange County to Thousand Oaks in Southern California to attend one of Gianna’s games. There were no survivors.

Kobe. A name so synonymous with basketball that his last name is unnecessary.

He was a student of the game who gave his all to basketball, a sport that he loved so much that his retirement announcement in 2016 was titled “Dear Basketball.”

On Sunday, Jan. 26, Kobe Bryant, his 13-year-old daughter Gianna and seven other people lost their lives in a helicopter crash. They were traveling from Orange County to Thousand Oaks in Southern California to attend one of Gianna’s games. No one survived.

Tributes immediately poured out on social media as many struggled to comprehend the lives of one of sport’s most beloved figures ended.

For freshman men’s basketball player Parker Kaiser, who said Bryant is his favorite player of all time, it was a tough day.

“Finding out his daughter died too, it was really sad,” said Kaiser. “Just growing up, always watching him, [I] watched a lot of inspirational videos and of him and it was just tough and sad for sure. I feel bad for his family.”

“Kobe was more like a superhero to all of us,” said Alijah Comithier, one of Kaiser’s teammates and a freshman. “Everybody thought he was immortal.”

“We kind of looked at him as kind of a father figure [because of] not only what he did on the court but also what he did off the court. He just impacted so many lives not through basketball but through being a father and just being a role model for everybody.”

“We were together actually [when we found out],” said Kaiser. “We were at the dining hall eating lunch and one of our teammates got a call from his brother and that’s how we found out that he passed away. At first, we were like ‘no way, that’s not true.’”

Both Kaiser and Comithier reminisced on their favorite Kobe moments, with Kaiser choosing the game when Bryant drained two free throws after tearing his Achilles tendon against the Golden State Warriors in 2013. Comithier chose Bryant’s last game, where he scored 60 points and outscored the opponent, the Utah Jazz, 23-21 by himself in the fourth quarter.

“That just shows the hard work and resilience he [had] even on his last final day,” said Comithier. “Definitely being a coach, one hundred percent,” said Kaiser when asked what he expected from Bryant post-NBA career. “The knowledge he [had] for the game [was] very high and it’s just so sad that someone that great got taken away that soon because he still had 30 more years to give to the game of basketball and that’s the toughest part in my opinion.”

His 81 points is the second-highest total of points scored in a game by a single player. He is also one of six players to have scored 60 plus points in a game on more than one occasion. After his NBA career came to a close, Bryant stayed close to the game of basketball. He coached Gianna’s team when she was 11 and had plenty of praise for his daughter’s skills on the court. Bryant wanted to be there for his family as much as he could, and it showed until the very end.

“You never know when it is your time to leave so always cherish what you have in front of you,” said Comithier. “Love everybody how you want to be loved.”

2020-02-05
Previous Post: Predicting fashion trends for the 2020s
Next Post: Lacrosse player Maddie Ellis shines on the and off the field