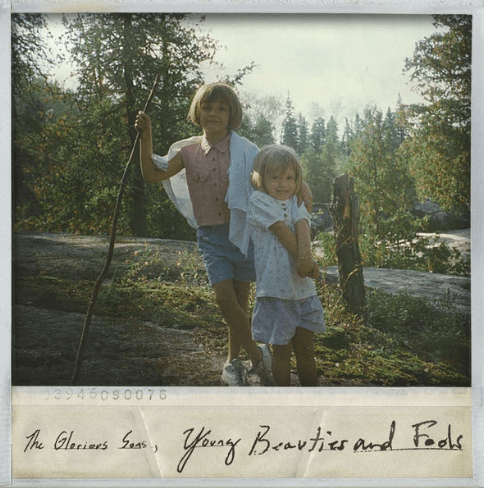 Touring their new album “Young Beauties and Fool” the Canadian southern rock band, The Glorious Sons, recollects the past memories of  front man, Brett Emmons endured while living in his small town of Kingston, Ontario, Canada.

The Glorious Sons is touring on “Young Beauties and Fools,” their October 2017 release. According to Emmons, the album was inspired by a “three-year hangover in my little city.”

The band is gaining critical appeal for their earnest lyrical content and smooth blend of country and rock influences.

The Glorious Sons will suit up to play The Black Sheep, on March 23 with Colorado pop rockers One Flew West for a ticket price that’s equivalent to a Chipotle Burrito. The band, who has played the Springs before, sat down and talked about the Canadian music scene and their songwriting process.

How did The Glorious Sons form?

A: Five people who love playing music meet and start writing songs. They realize there is something to what they’re doing and give their lives to a famously elusive dream. The end.

I hear a lot of country and rock n roll influences in your music. Tell me about the combination of these two genres that you chose to incorporate.

A: I think it’s just a connection of the influences and environment that’s shaped us over the years. I personally grew up outside of Kingston in a town of 600 people. I listened to folk singers and rock and rollers. There have been a few country phases in there too.

A: The process on the first album was far different from the second album. We spent a lot of time in the jam room five years ago. It was plug in and play, trial and error, leave no stone unturned and though that is a very fun way to write, I much prefer how we did it this time around.

A lot of these new songs were written, or at least half written by myself on an acoustic guitar before the band and producers got a hold of them. It allowed me to focus on the lyrics and melody without a guitar amp and drums screaming in my ear.

How is tour going so far?

A: Tour is going great. Something funny usually happens every hour. But everything is far too insignificant to recount as far as stories. Nevertheless, the shows have been great, and I have fallen in love with Europe. There isn’t much more you can ask from life.

Tell me about the music scene in Canada.

A: The music scene in Canada is small and neighborly. It’s spread thousands of kilometers from the East Coast to the Rocky Mountain-lined West Coast, so you can imagine how diverse it is. Someone’s life from the prairies in rural Saskatchewan is a world away from a kid who grows up in downtown Toronto, and it’s all reflected over a vast selection of artists and genres across our land.

I wouldn’t say it is as diverse as your music scene down here, due to the sheer number of people in America and the extra years of history. But we’re proud of our art up here and are eager to share it with the world.

I see you recorded a cover of Kanye West’s “Runaway.”

A: It’s a great song, my voice sounded great over it, and Chris Koster (guitar, vocals) is the biggest Kanye fan I know. He has been covering that specific song for years, among many other Kanye classics. That specific recording exists only because we didn’t have another acoustic guitar.

Do you have any advice for young musicians out there?

A: Learn to write songs. It is one of the most amazing feelings to finish a song and have that ownership over something. It is something that is yours, and stays yours forever.

2018-03-20
Previous Post: Be a tourist in your own city; Spring break activities to do in Colorado Springs
Next Post: Student-created housing website helps students find accommodations