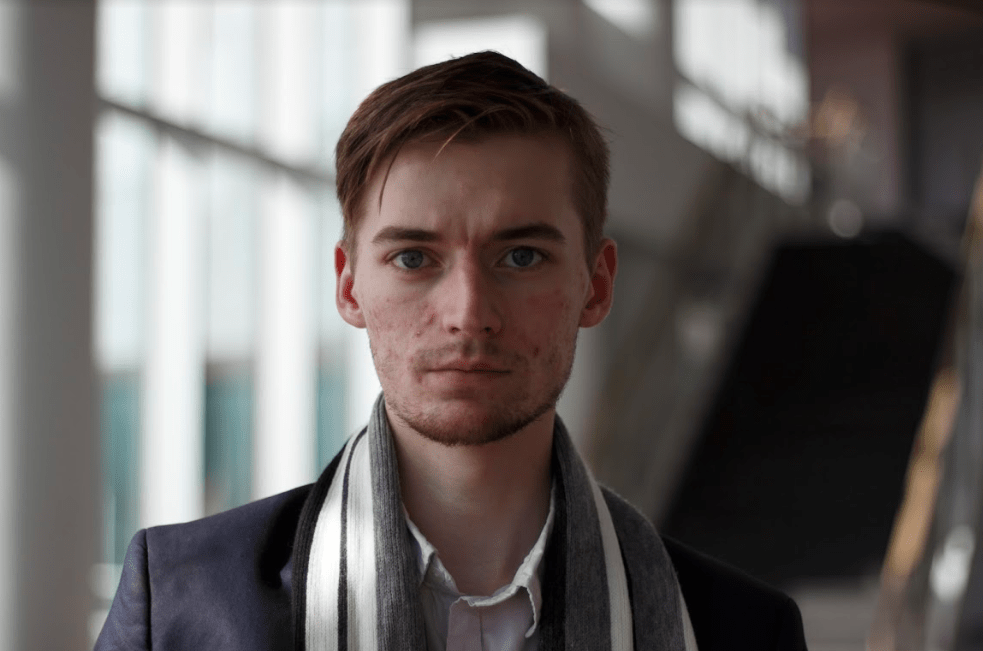 By: Caleb Bolin
In: Culture

Every young adult, in some form or another, feels the pressure of taking risks to jumpstart their career path. College offers young students great opportunities to explore their passion and take advantage of many opportunities through programs and classes.

For freshman theater major Caleb Hall, the calling toward the arts has already proved to be worth the risk of stepping out of his comfort zone and exploring new possibilities.

Hall, a Manitou Springs native and eldest of five siblings, began his first year of college last fall, driven by a deep passion for the arts.With a 15-credit workload, and constant required rehearsal, Hall has figured out how to easily manage the insanity, he said.

Last semester, Hall took as many opportunities as he could within the theater department. He trained to be a stage manager for theater productions, designed posters for “Our Country’s Good” and wrote two plays of his own.

“You have to take it as it comes to you when you’re faced with managing several tasks,” Hall said.

Theater has been a passion for Hall since he was 7 years old, but architectural competed for his attention, and it seemed at first to be a more feasible career path for him.

However, after performing in “It’s a Dark and Stormy Night” in high school, Hall made the decision to fully engage with his lifelong passion for acting.

When researching college, UCCS’ young arts program and The  Ent Center for the Arts caught his eye.

One of his favorite characters to portray was Simon Gascoyne in his high school play “The Real Inspector Hound.” One of his most difficult roles was cast as a shy quartet singer in a musical he performed his senior year in high school.

“I’m extroverted, so playing the role of the shy quartet singer was a challenge,” Hall said.

Getting into character is a necessary process with which Hall involves himself. He explained that any prep starts about six months before every show and both the actor and the director collaborate with their visions and ideas. `

“Anything on stage is honest, and you can’t pretend even on stage. You are always trying to find that character inside you,” he explained.

Post-college plans for Hall include stage management or joining a traveling company in either dance or theater.