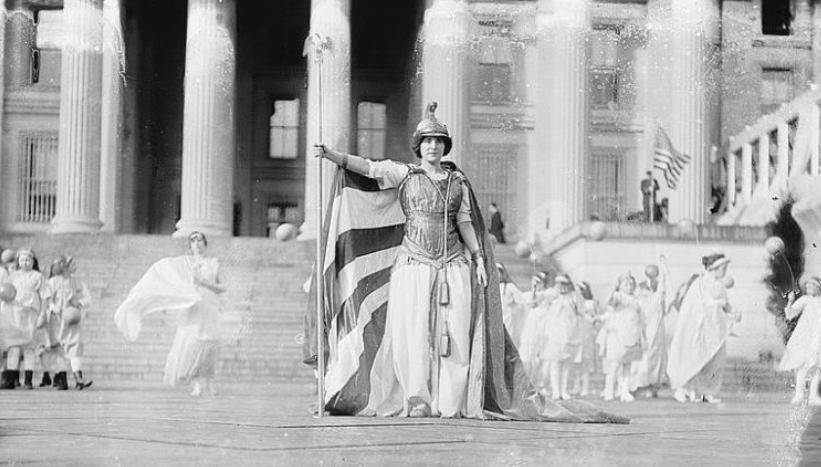 This month in history: Focusing on women’s history

By: Caitlyn Dieckmann
In: Life on the Bluffs

“From the first settlers who came to our shores, from the first American Indian families who befriended them, men and women have worked together to build this Nation. Too often, the women were unsung and sometimes their contributions went unnoticed. But the achievements, leadership, courage, strength, and love of the women who built America was as vital as that of the men whose names we know so well.” —Former President Jimmy Carter, Feb. 28, 1980

The bolded dates below mark important moments in women’s history, in support of Women’s History Month.

March 2, 1836 – Texas declared independence from Mexico, although it was originally denied annexation into the United States in the same year.

March 3, 1931 – The Star-Spangled Banner became the National Anthem of the United States.

March 3, 1913 – A women’s suffrage march in Washington D.C. was attacked by angry onlookers while police stood by.

The women’s march occurred one day before Woodrow Wilson’s inauguration and was the first large march calling for a Constitutional amendment for voting rights to women. 5,000 women participated, and some were spat upon and struck in the face when a nearby riot began. Over 100 women had to be hospitalized for injuries. Secretary of War Henry Stimson ordered soldiers from Fort Myer to restore order.

March 5, 1770 – In the Boston Massacre, five Americans were killed by British soldiers.

A global celebration of the economic, political and social achievements of women began on March 8, 1911. This day drew more than one million people to rallies worldwide and has continued since, including a mass demonstration by Russian feminist Alexandra Kollontai that caused a chain of events leading to the Russian Revolution. The Provisional Government became the first government of a major power to grant women the right to vote. Vladimir Lenin recognized this importance and declared Woman’s Day an official Soviet holiday in 1917.

The UN has sponsored International Women’s Day since 1975.

March 9, 1862 – Ironclad ships the Monitor and the Merrimack battled in the Civil War.

This day sparked a movement, inspiring young girls to embrace their individuality, strength and intellect, amid growing women’s movements.

In protest, 700 male clergy members and thousands of church members left the church and joined the Roman Catholic Church, which does not allow women priests to this day.

Hobbs received her degree from Ohio College of Dental Surgery in 1866 and is remembered as a women’s rights advocate.

March 16, 1968 – The My Lai Massacre was carried out by American soldiers in the Vietnam War, killing 504 Vietnamese men, women and children.

Stowe was a famous woman abolitionist, and her book depicted the harsh conditions of enslaved African Americans.

March 21, 1963 – The infamous Alcatraz prison was closed for financial reasons.

March 22, 1972 – The Equal Rights Amendment (ERA) to the U.S. Constitution was passed by the U.S. Senate and then sent to the states for ratification.

The ERA prohibited discrimination on the basis of sex. It stated, “Equality of rights under the law shall not be denied or abridged by the United States or by any State on account of sex,” and that “the Congress shall have the power to enforce, by appropriate legislation, the provisions of this article.”

22 of the required 38 states ratified the Amendment, but opposition was concerned that women would be subject to the draft and combat duty, and other legal concerns. The ERA failed by three states.

Patrick Henry ignited the American Revolution with a speech before the Virginia convention in Richmond, stating, “I know not what course others may take; but as for me, give me liberty, or give me death!”

Killing 123 young women employed as underpaid seamstresses and 23 men, the fire engulfed the eighth and ninth floors of the Triangle Shirtwaist Company in lower Manhattan. About 50 of the victims jumped to their deaths to avoid the flames. The tragedy spurred national interest concerning the rights of mostly-immigrant women workers of the New York garment industry in dangerous conditions.