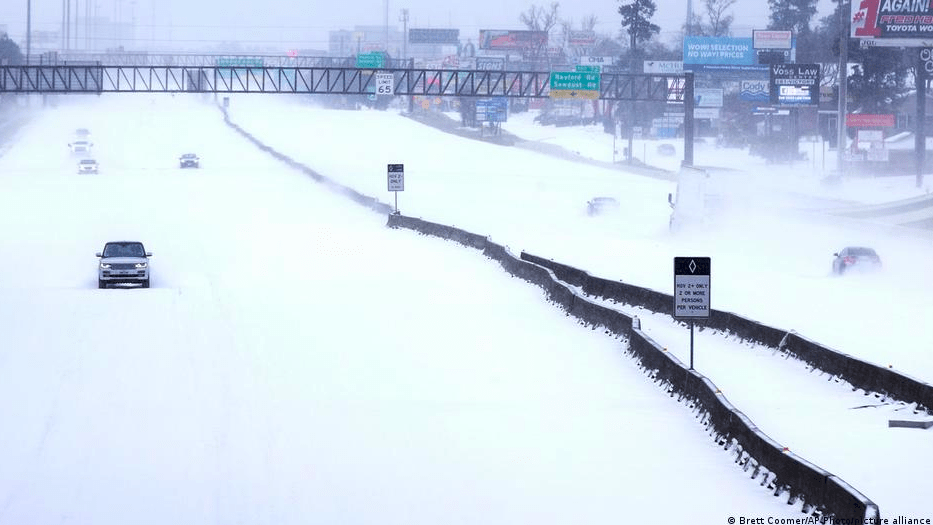 By: Julia Jackson
In: Opinions

Many of us who experienced the blizzard that swept through Colorado over the past weekend may have been reminded of the recent extreme snowstorm in Texas, where several feet of snow in February isn’t so common.

To Coloradans used to this kind of weather, Texas’s under-preparedness may have been shocking to see, but it’s also indicative of problems that will inevitably affect us all. The Texas snowstorm is a warning of a changing climate, and a reminder of a pressing need for sustainable energy and environmental accountability.

The term global warming has often been used as a substitute for climate change, leading some misinformed individuals to argue that disastrous cold weather events disprove climate change overall.

In fact, climate change encompasses the idea of global warming — a rise in global temperature driven by the atmospheric concentration of greenhouse gases — but it also includes changes in precipitation, temperature and wind patterns.

Both issues are often driven by the same causes; the warming of one part of the globe can trigger cooling incidents in another. Case in point: Texas.

According to research on Arctic amplification, “the Arctic has warmed approximately twice as rapidly as has the entire northern hemisphere.” For scale, researchers added that “the area of summer sea ice lost since the 1980s would cover 40% of the contiguous United States.”

The rise in temperatures leads to sea ice melting, which leads to increased evaporation, which in turn leads to increased global precipitation, “including heavier snowfall in the appropriate conditions,” according to Climate Communication.

Arctic amplification researchers also concluded that the warming of the Arctic drives changing “atmospheric circulation patterns that are favorable for winter storm development” in the mid-latitudes, including the U.S, according to the National Centers for Environmental Information.

Now we understand where the snowstorm came from and why it was so severe, but what about the human response?

Despite a decade of forewarning by energy regulators, Texas leadership and power companies failed to address weaknesses in the state’s independent electric grid, specifically lack of winterization. When the storm hit, it was too late.

Officials such as Texas Gov. Greg Abbott took the opportunity to blame renewable energy failures, with Rep. Dan Crenshaw, R-Houston, criticizing “frozen wind turbines” as a major cause of the outages.

However, that wind isn’t even the major energy source at play in Texas. According to the Electric Reliability Council of Texas (ERCOT) in the Winter 2020-2021 Seasonal Assessment of Resource Adequacy, thermal resources — gas, coal and nuclear energy — were expected to cover 80%, or 67 gigawatts, of the grid’s winter energy. A projected 7%, or 6 gigawatts, would come from wind.

During the storm, “45 gigawatts total were offline, with 28 gigawatts from thermal sources and 18 gigawatts from renewable sources,” according to ERCOT officials via The Texas Tribune. Wind turbines did freeze, as did natural gas wells and pipelines.

Blaming wind energy ignores the fact that it is equally possible to winterize wind turbines and other equipment to operate in extreme low temperatures, just like other sources.

Heavy reliance on non-renewable energy sources and lack of preparation are the true culprits. To prevent a tragedy like this from happening again, we must examine our future through the lens of climate change and adapt to increasingly extreme weather conditions, no matter where we are.

2021-03-19
Previous Post: This is how 2021 Venus in Aries will affect your love life
Next Post: This month in history: Focusing on women’s history