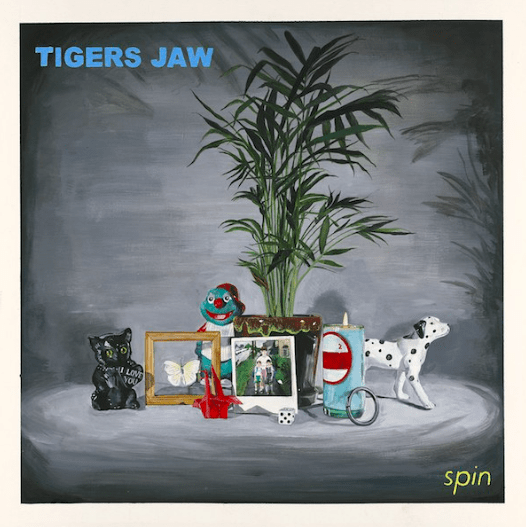 Following lineup changes and a transition to a major record label, Tigers Jaw is back in the spotlight with a tour beginning Feb. 22 and a recent album release.

Tigers Jaw released their fifth studio album, “spin,” in May 2017. The band, which consists of frontman Ben Walsh and keyboardist/vocalist Brianna Collins, will play a series of venues to promote the album’s vulnerable, intimate songs.

As part of their winter tour, Tigers Jaw will play at The Black Sheep at 7 p.m. on March 14. Students can buy tickets for $16 before the show and $18 at the door.

The Scribe spoke to Walsh about “Spin,” playing at the Black Sheep and Tigers Jaw’s upcoming tour.

What was it like recording “Spin” with producer Will Yip?

The recording process was new for us in many ways. We tracked song-by-song instead of by instrument, so we really were able to tailor each tone and performance to fit the vibe of the song.

It was very immersive and challenging, but having such a tight knit team for the record really helped the creative decision-making process. Everyone contributed so much, and we are so happy with the result.

What inspired you to make the record?

Sometimes we lose track of that or don’t make ourselves a priority. That theme definitely inspired much of the lyrical content on spin.

Collins contributed some of the songs for “Spin.” What songs of hers made the record?

Brianna wrote “Same Stone,” “Brass Ring” and “June.” She really stepped up and created some amazing songs, and I can’t believe those were the first batch of songs she’s ever written before.

Tell me a about Black Cement, the new record label that you released “Spin” from.

Black Cement is a label in the Atlantic Records family that is curated in part by Yip. They are a tight and focused subdivision of a major label that operates much like an indie.

It feels awesome to be part of such a powerful team, but also to be on a first-name basis with everyone who works with us at the label. We are the first band to sign to Black Cement, and we are very excited about their mission to bring our world of music to a much wider audience.

Indie artist Yowler and and Springfield rock band Looming will join you on March 14. What kind of relationship do you have with them?

We have never toured with either band yet, but have played shows with projects that some of the members of Yowler and Looming are/were involved with. We have played with Maryn’s projects “Wolfs” and “All Dogs” before, and Cassie from Looming’s project “Run, Forever.”

Tigers Jaw is playing in smaller venues for this tour. Does Tigers Jaw have a special appreciation for intimate venues?

We try to put on our best performance regardless of what type of venue we are in. This tour has us playing a lot of cities that we haven’t played in years, or some we have never played at all, so we don’t have the biggest fan bases there just yet.

Smaller venues are very special though, and allow for a much more intimate connection with an artist.

Have you played a show in Colorado Springs before?

We have not played Colorado Springs before, so we are excited to experience it!