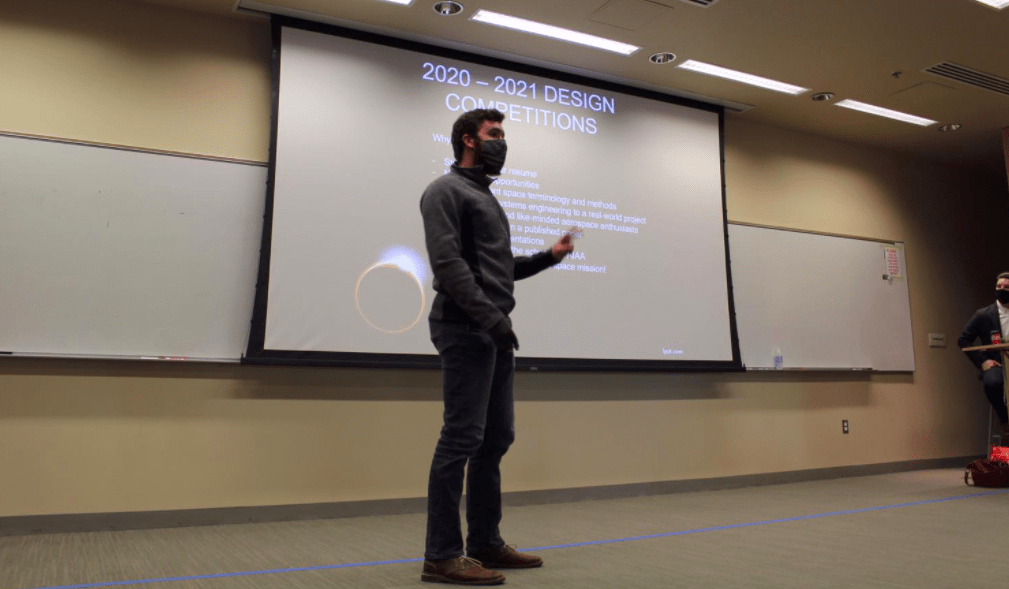 By: Fiona O’Dowd
In: News

Engineers Week is a seven-day celebration of the important contributions people in engineering and technology careers have made to society. It also uplifts the future generations of innovators by increasing public dialogue about the need for engineers.

Slingshot Aerospace is a company that is building situational awareness technology to bring clarity to complex environments and create a safer world. The company has developed strong traction within the space industry, having secured millions of dollars in customer contracts with the U.S. Space Force, NASA, U.S. Air Force, BAE Systems, Boeing, Northrop Grumman and more.

Entrepreneur and Founder of Slingshot Aerospace Melanie Stricklan is recognized as one of Inc’s top 10 female founders. She spoke about what it takes for a business to break into the space industry and Slingshot Aerospace’s vision for the future of space systems.

See her TED talk and blog for more information about her work.

Students who participated in the NASA RASC-AL Competition presented updates on two projects they have been working on this academic year.  Each 15-person team, consisting of students from three universities — UCCS, Webster University and the University of New South Wales — presented their initial entries in the competitions.

The “Human Mission to Ceres” project requires teams to develop a mission concept that supports a crew of four astronauts and identifies planetary science payloads on a mission to Ceres, with two astronauts landing on the dwarf planet in the 2040s.

The “Mars Minimum Ascent” Vehicle project requires teams to develop a Mars ascent vehicle system and mission concept that can deliver a crew of two astronauts from the surface of Mars to a low Mars orbit, with a significantly lower mass than previous concepts, by the end of 2034.

Students and faculty from the UCCS Department of Mathematics presented “The Earth’s orbit and seasons!” to elementary school children.

The Space Foundation Discovery Center is the region’s first and only dedicated space, science and technology center. It is an interactive, education-focused destination that advances science, technology, engineering, arts and mathematics (STEAM) in the exciting context of space exploration, development and utilization.

The AIAA Student Chapter arranged a guided tour and presentations at the museum.

2021-02-27
Previous Post: Britney Spears documentary exposes misogyny, mistreatment of women
Next Post: These 4 zodiac signs will have the best March 2021