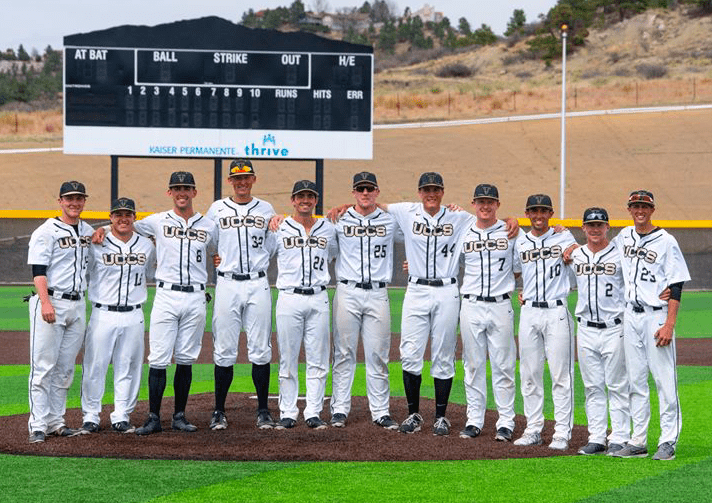 Four years after adding a baseball team, the NCAA-registered team is set to begin its third season this February.

“We are excited about this upcoming season and the direction we are going in as a team,” said Assistant Coach Josh Larrinaga. “This is also the first fall we have had the opportunity to use Mountain Lion Stadium on a daily basis, so I think that will be huge for the development as a program.”

Larrinaga said that it’s important to make sure everyone on the team is working hard and preparing for their opportunities.

“We lost a lot of seniors that contributed in the first two seasons, but  have a strong group behind them that are ready to contribute, as well as some solid transfer players.”

The team’s schedule is a busy one, with nine double-headers built into the program. Larrinaga says that the season does feel quick, but he likes the format because it allows the team to get more games in and not have to sacrifice time away from the classroom.

“I don’t believe fatigue will be an issue. With the addition of the new weight room in the indoor track building we have been able to take our strength and conditioning to another level,” said Larrinaga. “We also have a good strength coach in Jordan Moses and trainer in Andrew Tracz that will make sure the guys are healthy and performing to the best of their abilities every week.”

On Feb. 1, the team opens with the first of four back-to-back games against California State Polytechnic University. All four games will be played at the newly constructed Mountain Lion Park off of North Nevada Avenue.

With thirteen freshmen and just five seniors on the roster, this is UCCS Baseball’s youngest roster since the inaugural season.

Larrinaga says that while the team is much younger than last season, a lot of players who contributed in their freshman and sophomore years are returning to the team. Larrinaga also says that the team carries a lot of experience on the mound with four seniors and two juniors.

“I don’t think there are benefits and downfalls [to being a young team]. Our younger guys provide good depth as well as talent and a hunger to contribute. We have been lucky as a program [to have] support from the university and athletic department. We have had the opportunity to bring in some very talented young guys.”

With this being his third year as a coach with UCCS Baseball, Larrinaga says he has had a lot of fun watching the program grow from the inaugural season to now.