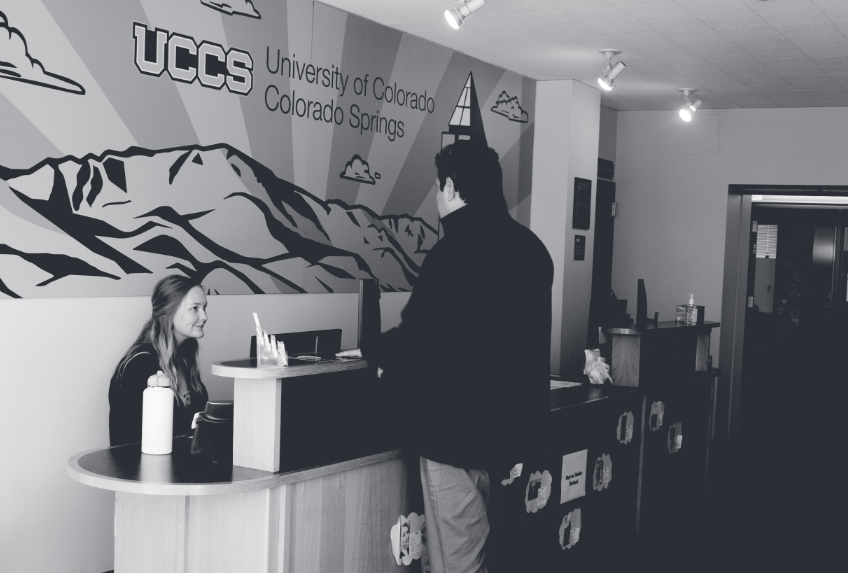 By: Frank Carber
In: News

Lower enrollment at UCCS, which may impact campus funding, comes after a change in admission standards for the first time in a decade.

UCCS admission standards were changed for this semester, meeting guidelines established by the Colorado Department of Education’s Colorado Commission on Higher Education’s master plan that was published in 2012.

The Colorado Commission on Higher Education’s master plan required stricter admission requirements at all Colorado public four-year institutions. Their website said that changes required the elimination of index scores, which varied from institution to institution but was often based on high school performance and entrance exam scores, and instead use a GPA range and test scores that include more than just the ACT or SAT.

The change in policy also requires institutions to provide more comprehensive data reporting, to increase the transparency of the admissions process. First-year student applicants from Colorado must now have completed four units of math in high school.

“Our updated admissions process and increase competition across the state may have impacted the size of our freshman class,” said Mathew Cox, senior executive director of enrollment management in Admissions Services.

The changes created by this policy on enrollment numbers at UCCS and other Colorado institutions are not yet fully known. “One of the most important measures of how our enrollment was impacted won’t be fully realized until next fall,” Cox says. At CU Boulder, despite rising application numbers, the actual admissions rate did not budge. The acceptance rate for freshmen at UCCS increased to 82 percent for fall 2019 compared to 80 percent the previous two years, according to Admissions data. Applications also went from 31,000 in 2017 to over 36,000 in 2019, but these trends do not reflect the actual number of students enrolled as that number has remained relatively the same. As the Scribe previously reported. UCCS experienced a small drop in enrollment numbers for Fall 2019.