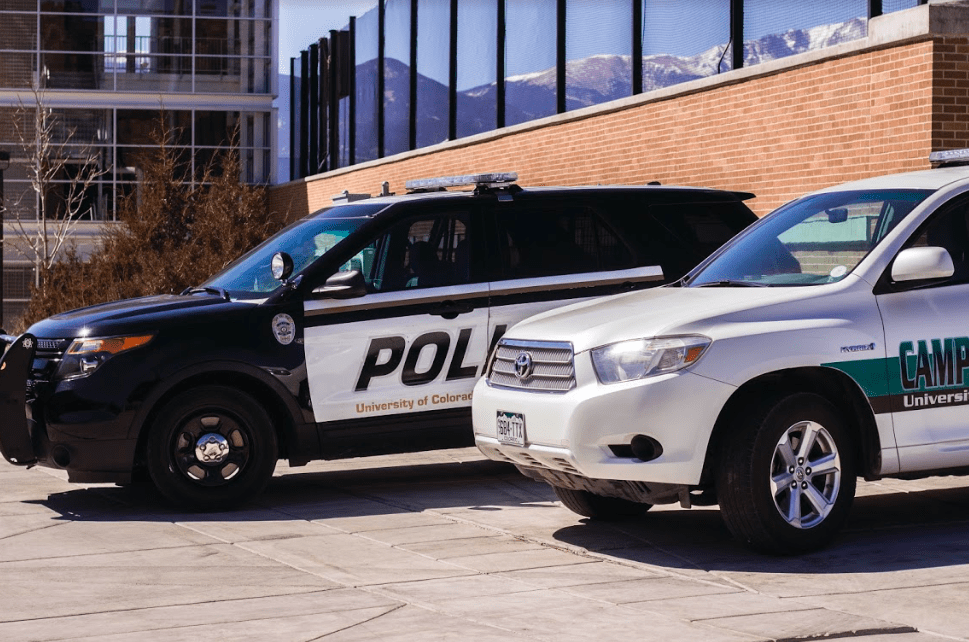 Americans have been re-evaluating how schools prepare for active shooter situations after 17 people were killed in a school shooting on Feb. 14 in Parkland, Fla.

While no threats have been made against UCCS, campus police is ready to face an active shooter and other emergencies, according to Grant Lockwood, UCCS police sergeant.

“The officers have their response which is to stop the threat; it’s as simple as that. Do what you have to do, and then after that, manage the incident. We don’t wait for SWAT anymore,” he said.

Incoming students are taught the active shooter protocol during their GPS courses and orientation. The information is condensed to 10 minutes to be remembered easily.

UCCS focuses their training to “Run. Hide. Fight,” which is promoted by the Department of Homeland Security, according to Lockwood.

If students can, they should run away. However, if they cannot escape, they should hide from the shooter and shelter in place. If neither of these options are available, they are encouraged to fight the suspect.

According to Lockwood, the training focuses on three approaches because many people freeze up in the event of an emergency, will be in denial, and then panic.

“It’s trying to get people to have a little bit of thought process so that they can get around that more quickly,” he said.

“If you hear something like firecrackers, it’s easy to say, ‘That’s not gunfire. That’s not happening.’ It’s better to know your intuition, understand and believe, and then act. It can be tough to do that. It can even be tough for some cops to do that.”

Public Safety also meets with departments on campus to train faculty on what to do if they experience an active shooter situation, including how to secure doors and where to hide in a room.

One of the things that students and teachers have been told over the years is to lock the classroom door if there is an active shooter on campus, though, not all classrooms at UCCS can be easily locked from the inside.

UCCS is in the process of changing the locks on campus so professors can lock them.

“They are working on one building at a time. Centennial has all new locks on their doors. They are getting classrooms to where they are lockable,” he said.

If a door can’t be locked, Lockwood recommends to barricade the door with whatever is in the room. Barricades can also block the view from windows near the door.

In the event of a shooting, students are encouraged to call 911. Students also have the option of calling campus police at 255-3111.

“Somebody else should call us at (our number) and say ‘Hey, this is an emergency, and this is what’s going on.’ That should be a common response on campus.”

Dispatchers will need to know information such as what direction the suspect went, what they were wearing and what they were carrying. But the police would rather people stay safe than go out to find the suspect.

“Don’t’ compromise your position trying to get out on the phone. Don’t give up your hideaway or wherever you’re at because you’re on the phone trying to get help. Know that help is probably on the way, especially on this campus because we respond very quickly,” he said.

Barricading a door in an active shooter situation is recommended even if a door can be locked because it can discourage the gunman from attempting to enter the room.

“If they see that it is barricaded, they tend to move on, though not always. I believe that there are progressions in everything. They are looking at how they can get the most people as fast as they can, because they know that we’re coming,” said Lockwood.

If the gunman still attempts to enter the room, the barricade gives students and faculty time to fight back.

“You can do a lot of stuff while they are trying to get through, hitting them with chairs and throwing coffee, and coffee cups and whatever because it is a life or death situation. It’s about doing whatever you can to stop that progress. It’s a matter of breaking their thinking,” said Lockman.

They are required to attend at least 24 hours of training every year to maintain their knowledge and skills.

“All officers on this campus are trained. They are all full post-certified police officers. They all go through the academy. They all have requirements to keep up with their training though post which is police officers standards,” said Lockwood.

In the event of an active shooter situation or other emergency on campus, Public Safety will alert students, staff, and faculty through text and email.

All UCCS students are encouraged to sign up for the Rave alert system so that they will receive emergency alerts from the school.

“You really should be signed up for the Rave alert system not just for active shooter events, because statistically, even though it’s in the media, active shooter situations are very low type of incident,” said Lockwood.

Students and staff sign up to receive alerts on additional phone numbers and email addresses by going to alerts.uccs.edu.